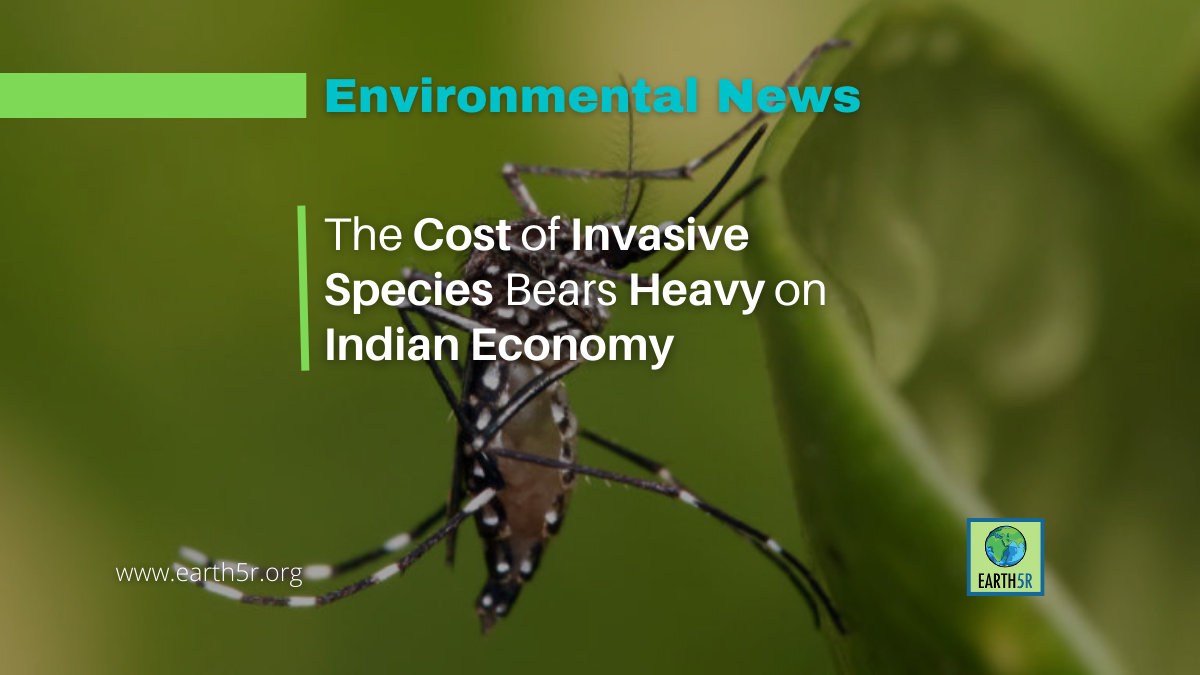 The Cost of Invasive Species Bears Heavy on the Indian Economy

As many as 10 invasive alien species (IAS), out of 330 that are known to be invasive in India, have cost the economy $127.3 billion (Rs. 8.3 trillion) in the last 60 years, according to a recent analysis that points to glaring knowledge gaps in costs incurred by these species to the Indian economy.

As many as 330 species are declared invasive out of more than 2,000 alien species in India and the costs of $127.3 billion as documented in the study comes from only 10 of these 330 species, making India the second topmost invasion-cost bearing country after the United States. These costs are likely to be a “gross underrepresentation” of the actual costs based on the authors’ global analysis of 112 countries.

“The negative economic impacts are documented and available only for 3% of the known invasive species and unavailable/masked/underrepresented for the rest 97% of invasive species in India. That’s a huge knowledge gap,” evolutionary biologist and study lead author Alok Bang told Mongabay-India. For comparison, the annual budget of India’s environment ministry is currently $0.4 billion.

The costs of IAS in India are severely underestimated — by anywhere between 20 and 10,000 times less — compared to what would be expected considering all other countries with invasion costs. “Based on this global analysis, going by India’s GDP, we must have spent about $3.4 trillion on invasive species in the last six decades; going by India’s population, we must have spent about $1,700 trillion in the last six decades,” Bang elaborated, referring to the link between the human population and the GDP of a country with the invasion costs borne by that country.

Highly-fragmented data and wide knowledge gaps, which contribute to the underestimated costs, mainly arise because many invasive species, regions, and affected sectors are underrepresented. The costs were pooled from Google Scholar for peer-reviewed literature and Google Search for popular articles, news items, and official documents, and through dialogue with 20 researchers and stakeholders across the country who have been working on invasive species.

Scientists Unpack the Influence of Black ...

Firefighters, and Aircraft Fight Blaze near ...