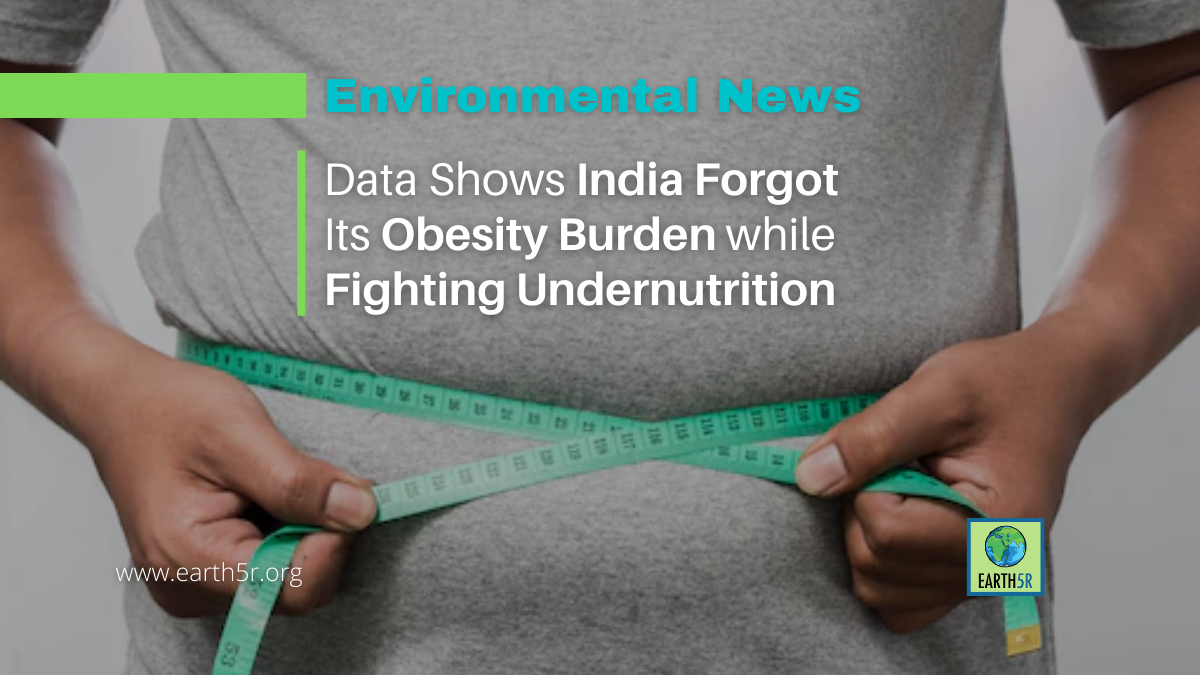 A few decades ago, obesity was not considered a public health issue. Even as late as the 1990s, obesity was only seen as a western concern, whereas undernutrition was more of a problem for developing nations like India. However, obesity is now afflicting more than 44 percent of the world’s population. According to the data from the fifth round of the National Family Health Survey (NFHS), India is not far behind. Most government regimes have focused their efforts in recent years on combating malnutrition, with many schemes launched across the country. While the focus was important for that time, new data on obesity suggests that we may have forgotten the obesity burden.

The NFHS 5 data shows that obesity is on the rise in the majority of states and union territories. The problem appeared more concerning in children. Obesity among children under the age of five has increased, with 33 states and union territories reporting an increase in the number of overweight youngsters. The proportion of overweight children grew from 2.1 percent in NFHS-4 to 3.4 percent in NFHS-5.

Obesity is also more prevalent in urban areas. Places such as Puducherry, Delhi, and Chandigarh are some of the worst performers, with almost half their population overweight. A trend is also seen where the wealthiest are four times more likely to be overweight than the poorest. This can partially be attributed to the difference in occupation and access to food. Urban men are almost twice as likely to be overweight as their rural counterparts. Such a huge difference between urban and rural is not seen among women.