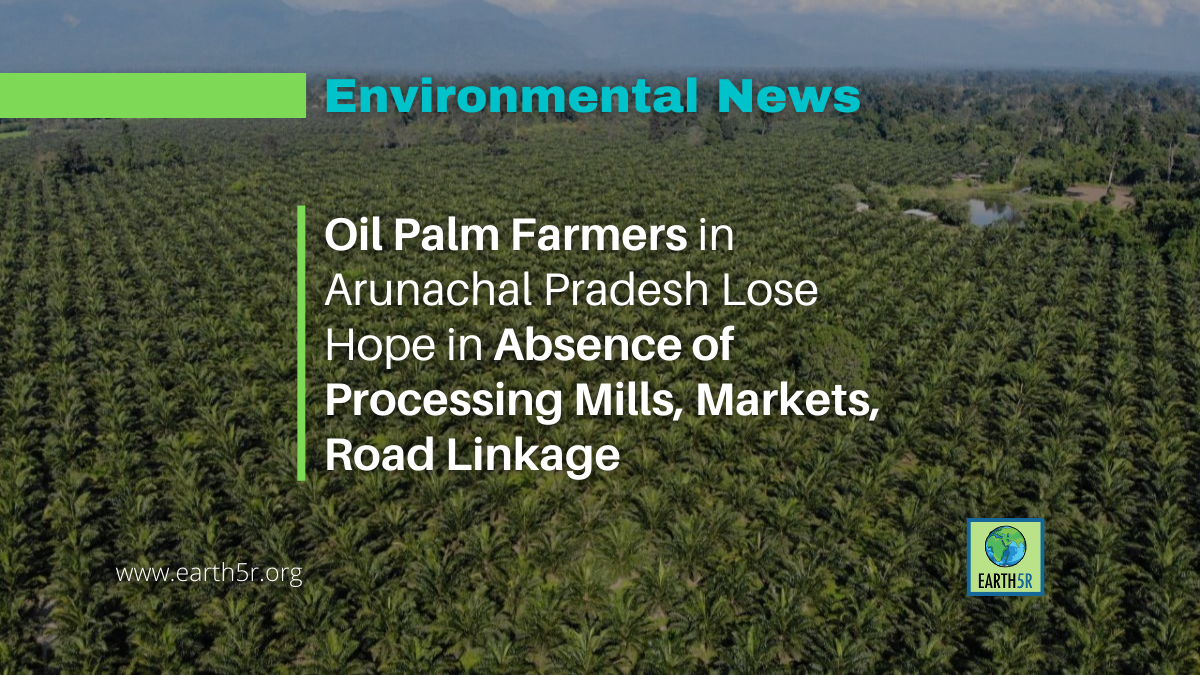 Over the past seven years, Takali Tamuk, a farmer and agro-entrepreneur from Pasighat in the East Siang district of Arunachal Pradesh, has attended several outreach programmes on oil palm cultivation. These were organised as part of the Indian government’s push to promote the crop in the state. Like many others in the region, he adopted oil palm, but with studied caution: he planted the new crop only on a small plot of land to test its suitability to local soil and climate.

While his palm trees grow promisingly, and some have even taken to fruiting, Tamuk doubts the crop’s successful introduction in the state and says he has “lost all hope that the crop will take off in the state, unless a robust supply chain is created”.