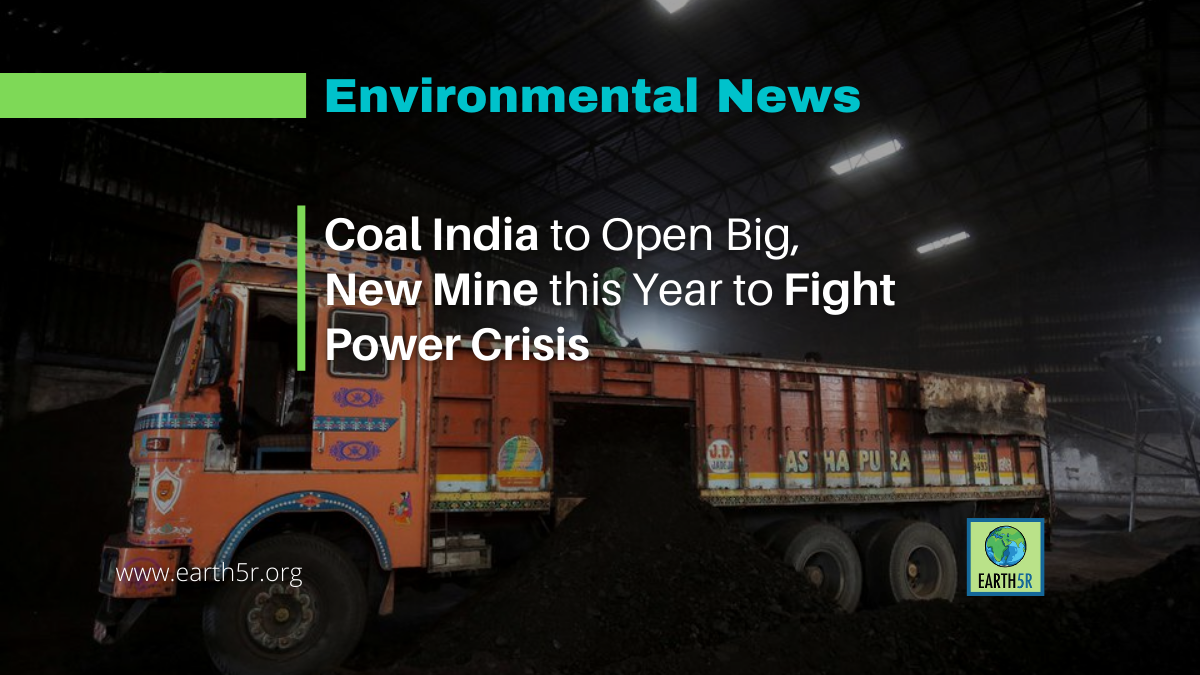 Coal India to Open Big, New Mine this Year to Fight Power Crisis

State-run Coal India (COAL.NS) will open this year what is expected to become one of the country’s biggest coal mines, officials said, as India struggles to keep pace with surging power demand.

Production would initially start in the October to December quarter at an annualized rate of about 2 million to 5 million tonnes, Jamwal said.

Coal India’s record production has been a bright spot in efforts to end India’s worst power crisis in more than six years, as a heatwave has driven up demand for power and forced the government to reverse a policy on cutting coal imports.

India, which also plans to reopen closed mines to deal with the crisis, has not said how the drive for more coal would hit the country’s emissions targets, but it has repeated that it plans to install 450 gigawatts (GW) of renewable energy by 2030.