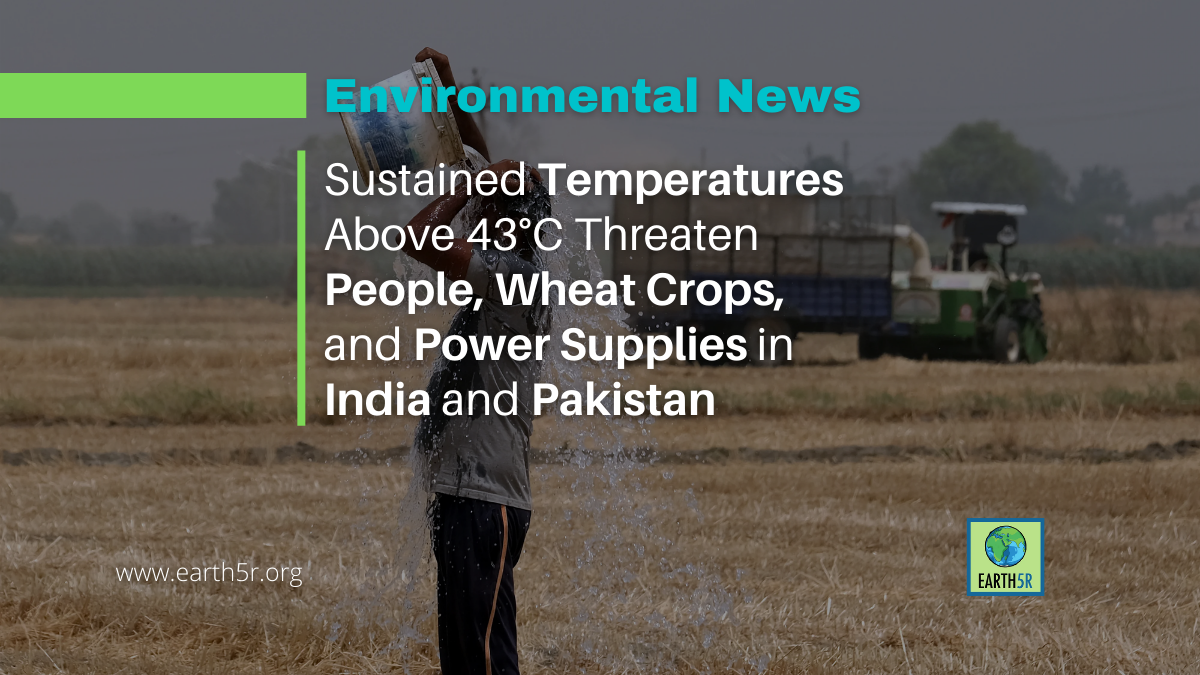 A record-breaking heatwave that’s been gripping India and Pakistan for weeks is expected to keep dragging on, meteorologists say. After an intense weekend, some of the worst heat could be slightly subsiding — but more extreme temperatures may be in store in the coming days.

After an intense weekend, some of the worst heat could be slightly subsiding — but more extreme temperatures may be in store in the coming days. The region has suffered above-average temperatures for weeks now, affecting hundreds of millions of people. The punishing extremes reached dangerous new levels in the past week. Cities across the region broke monthly April records. Temperatures have topped 100 degrees Fahrenheit across much of the region and have jumped above 110 F in many areas. New Delhi saw temperatures climb above 110 F for several days on end.

In parts of Pakistan, the heat rose even higher. Jacobabad exceeded 120 F on Saturday, likely the highest temperature recorded anywhere in the Northern Hemisphere last month. The city of Nawabshah topped it the next day with a staggering 121.1 F, according to climatologist Maximiliano Herrera, who tracks extreme temperatures around the world.

The city came close to beating its all-time record. On April 30, 2018, Nawabshah recorded a high temperature of 122.4 F — believed to be the highest reliably recorded April temperature ever observed in the Northern Hemisphere.

Local reports have identified wildfires springing up in parts of India. The heat has affected wheat harvests in some areas. And increased electricity demand has caused widespread power cuts across the country. Northwestern and central India, some of the worst-affected regions, are believed to have experienced their hottest April on record. The country as a whole saw its hottest March in 122 years of recorded history and its fourth-hottest April this year.

Pakistan also experienced its hottest March since at least 1961, and some reports suggest it may have also just seen its hottest recorded April. It’s not just the severity of the temperatures that’s raising eyebrows. It’s how early in the year they’ve appeared and how long they’re lasting.

How the War in Ukraine Affects ...