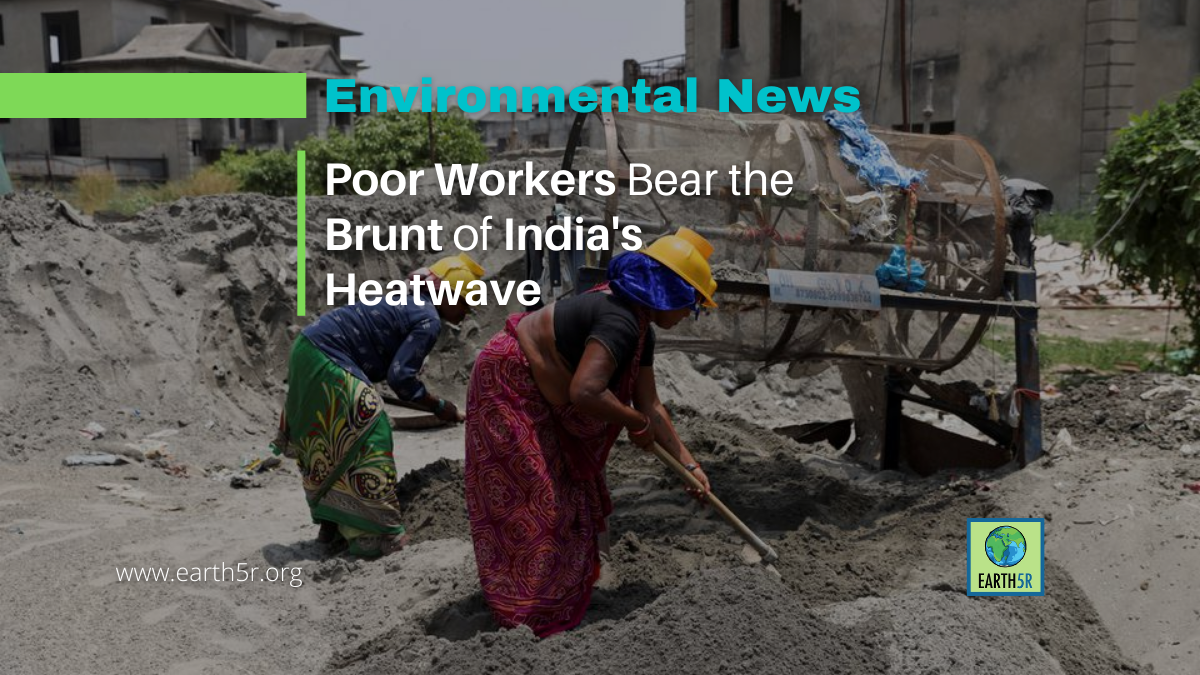 For construction worker Yogendra Tundre, life at a building site on the outskirts of the Indian capital New Delhi is hard enough. This year, record high temperatures are making it unbearable.

As India grapples with an unprecedented heatwave, the country’s vast majority of poor workers, who generally work outdoors, are vulnerable to scorching temperatures.

“There is too much heat, and if we won’t work, what will we eat? For a few days, we work, and then we sit idle for a few days because of tiredness and heat,” Tundre said.

High temperatures in the New Delhi area, which soared above 120 Fahrenheit (49 Celsius) in some regions on Sunday, have often caused Tundre, and his wife Lata, who works at the same construction site, to fall sick. That, in turn, means they lose income.

“Because of heat, sometimes I don’t go to work. I take days off … many times, fall sick from dehydration and then require glucose bottles (intravenous fluids),” Lata said while standing outside their house, a temporary shanty with a tin roof. Scientists have linked the early onset of an intense summer to climate change and say more than a billion people in India and neighboring Pakistan are in some way at risk from the extreme heat.

India suffered its hottest March in more than 100 years, and parts of the country experienced their highest temperatures on record in April.