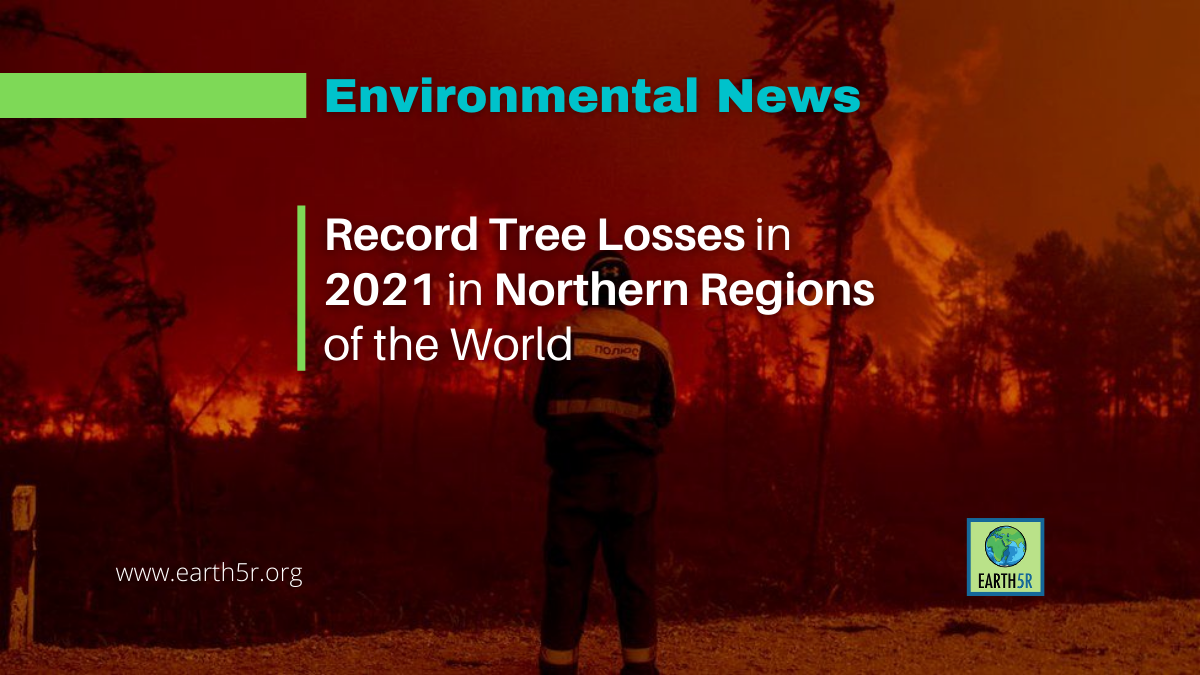 Record Tree Losses in 2021 in Northern Regions of the World

Tree cover losses in northern regions of the world were the highest on record in 2021, according to a new analysis from Global Forest Watch.

Figures for these boreal forests were up 30% in 2020, with wildfires causing massive losses in Russia. Elsewhere, around ten football pitches per minute of tropical primary forest were lost across the year. Brazil, once again, led the way with a significant uptick in tree loss associated with agricultural expansion.

But one of the big concerns in the new figures is the loss of boreal forests, which are found in northern parts of Russia, Canada, and Alaska.

While the cutting or burning of trees in these regions rarely results in permanent deforestation, the number of trees destroyed in 2021 was up 30% in 2020, to the highest level yet recorded.

Climate change is seen as a key driver of tree loss in these areas, with hotter, drier conditions leading to more wildfires and greater damage from insects. Russia saw its worst fire season since records began in 2001, losing more than 6.5 million hectares.

This is a key concern for climate researchers who fear that the Brazilian rainforest may be approaching a tipping point when it emits more carbon than it stores, which would be a very negative development in limiting the rise in global temperatures this century.

World’s Oceans at Most Acidic Level ...