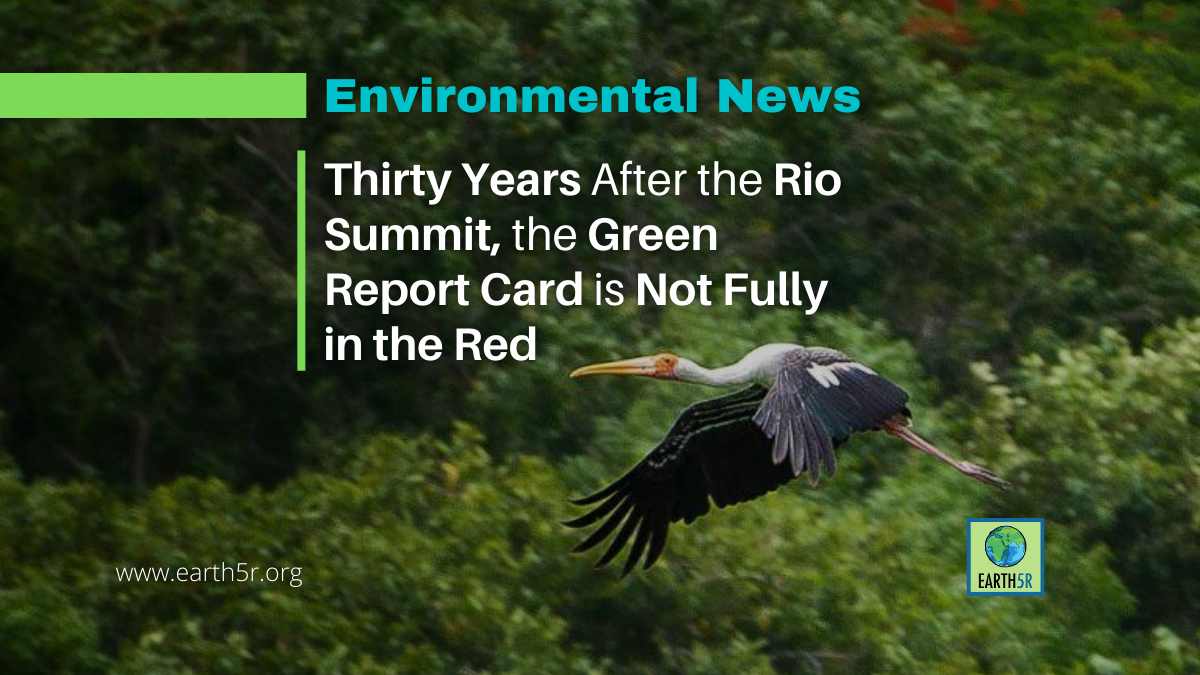 Thirty Years After the Rio Summit, the Green Report Card is Not Fully in the Red

This summer it will be thirty years since the Rio Earth Summit. Unlike the earlier decadal anniversaries, this year, the United Nations is not celebrating an event to mark the occasion. The world is preoccupied with a pandemic that is gradually showing hesitant signs of waning and the Ukraine War that could mark changes in the world order.

India and China were considered developing countries when the Rio Summit, or the United Nations Conference on Environment and Development, was organized in 1992. They were not included in the list of countries that needed to have greenhouse gas emission reduction targets in the Climate Change Convention. Today the world watches keenly at the emission reduction targets announced by the leaders of these two countries.

At the end of the Rio+10 Summit of 2002, the Johannesburg Declaration talked about the rich and the poor countries and “global disparities.” This, when combined with globalization where “the benefits and costs are unevenly distributed,” could pose “a major threat to global prosperity, security, and stability.”