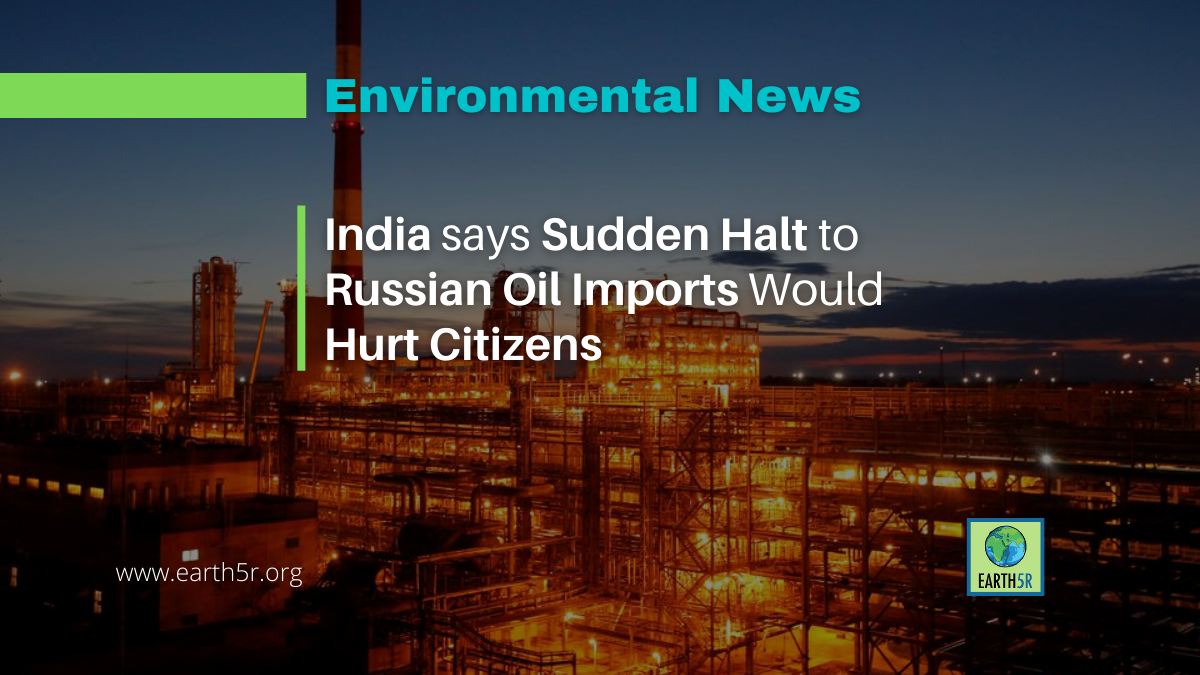 India defended its continued purchases of Russian oil on Wednesday, saying they were part of its long-standing effort to diversify its supplies and arguing a sudden halt to imports would jack up world prices and hurt its consumers.

Attracted by discounts, the world’s third-largest crude oil importer has bought more than twice as much oil from Russia since it invaded Ukraine as in the whole of 2021, coming into the spotlight at a time when Western sanctions have prompted many oil importers to shun trade with Moscow.

The European Union, the biggest buyer of Russian energy, on Wednesday proposed phasing out imports of Russian crude within six months and refined products by the end-2022.

In defense of its strategy, India has been pointing out that European countries continued to import much more oil from Moscow and that Russian crude accounted for just a fraction of India’s total consumption.

“India has been constrained to pay ever-increasing prices charged by certain oil suppliers, which is leading India to diversify its sources of procurement,” the Ministry of Petroleum and Natural Gas said.

To widen its supply basket, India said its companies have been buying energy from Russia for several years in varying quantities.

“If suddenly, now, as a huge importer of crude oil, India pulls back on its diversified sources, concentrating on the remaining, in an already constrained market, it will lead to further volatility and instability, jacking up international prices,” the ministry said in a statement.

Commonwealth Ends Summit with Call for ...

The Arabian Sea Faces an Increased ...