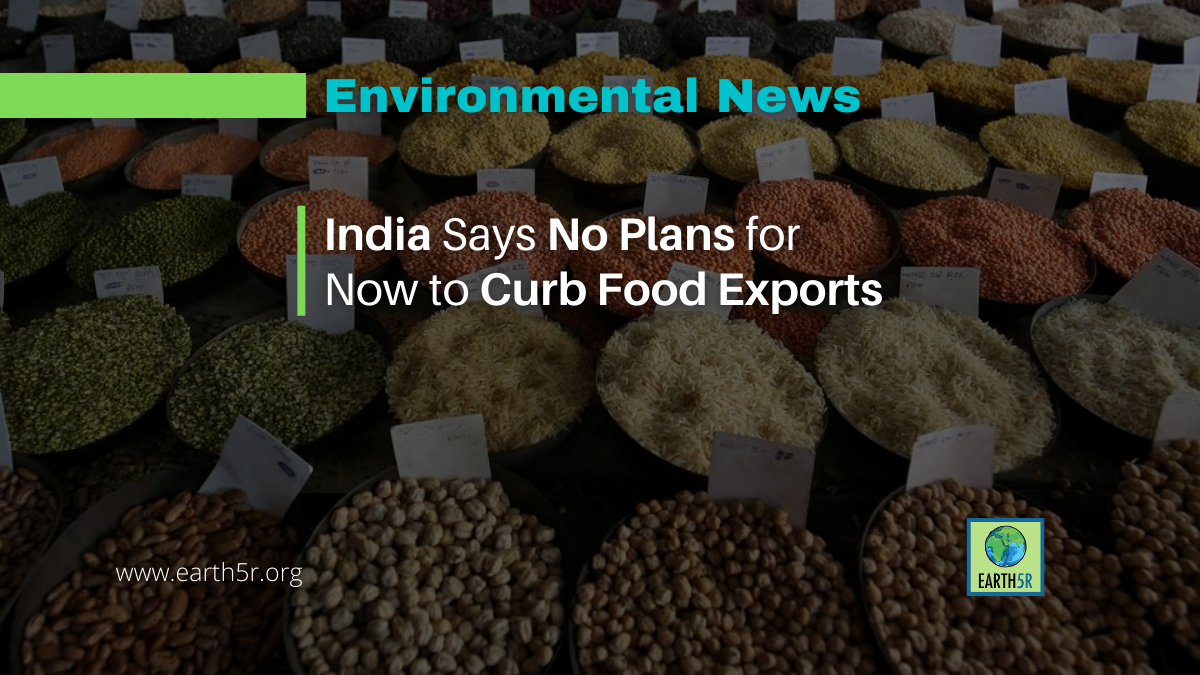 India Says No Plans for Now to Curb Food Exports

India has no plans to curb food exports, for now, Piyush Goyal, the Minister for Commerce and Industry, Consumer Affairs, and Food and Public Distribution said on Friday, weeks after New Delhi banned private wheat exports.

“As of now we do not see the need to do it on any other commodity,” Goyal said answering a query whether the government of Prime Minister Narendra Modi was considering banning the export of food products such as rice.

A few weeks later, India imposed restrictions on sugar exports for the first time in six years by capping this season’s exports at 10 million tonnes to prevent a surge in domestic prices after mills sold a record volume on the world market.