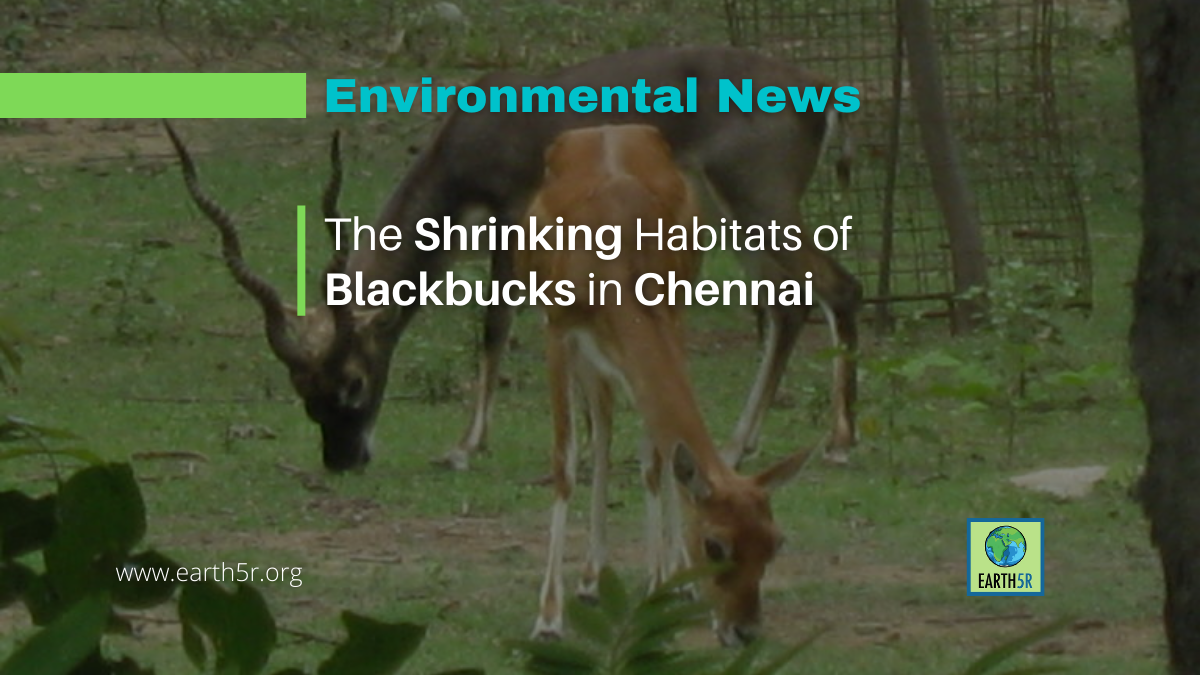 The Shrinking Habitats of Blackbucks in Chennai

In April 2022, news organisations in Tamil Nadu reported a sudden decline in the blackbuck population within the Raj Bhavan campus in Chennai – a staggering 20 deaths in five months. These deaths have been attributed to starvation caused by the transformation of the grasslands into manicured lawns of Mexican grass closer to the buildings and elsewhere due to the invasion of trees. These deaths bring into spotlight, the complexities in the conservation of urban biodiversity.

Urban ecologists flag that cities have, for years, served as a complex and diverse mosaic of unconventional habitats. Although rapid and unchecked urbanisation is a threat, cities harbour significant biodiversity and play a key ecological role with surrounding landscapes.

The species that inhabit cities also adapt to their new surroundings. The first ever study on urban fishing cats of Colombo illustrates this, as the study author follows how the species is adapting in a changing city. Closer home in India, many large educational campuses across the country serve as a refuge for biodiversity.