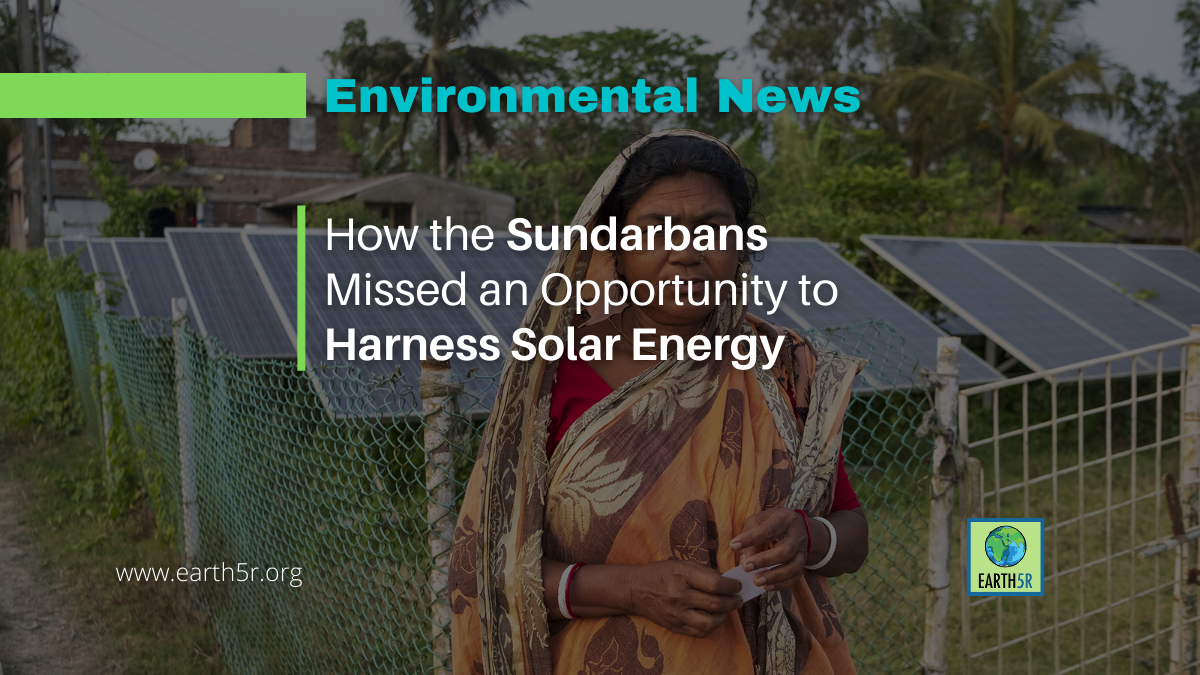 How the Sundarbans Missed an Opportunity to Harness Solar Energy

Rows of grey cement blocks look like gravestones in an abandoned cemetery. The dilapidated single-storeyed house, adjacent to a field, seems like a setting for a horror film. Less than a decade ago, the cement blocks here served as bases for solar panels, part of a 110 kilowatts (kW) solar plant, which was housed in the building. When commissioned in 2003, it was one of the largest off-grid power plants in the country.

The place is Indrapur, a remote village on G-Plot, one of the last islands of the Indian Sundarbans before the Bay of Bengal starts. Here, grid-connected electricity came as late as 2018. Before that, came the solar microgrid, funded by West Bengal Renewable Energy Development Authority (WBREDA) and implemented by Tata Power, with the latter celebrating the success story even a decade after it was set up. Between 1996 and 2006, the WBREDA installed 17 such solar power microgrids in the Sundarbans.

Initially, the microgrid in Indrapur would supply power for five hours a day, with three to five points in every household, for a monthly subscription of Rs. 80 and Rs. 120, respectively. After the cyclone Aila inflicted damages in 2009, the capacity came down to three hours a day. By 2013-14, according to the local residents, the power station was defunct.

What caused the power station to shut down remains uncertain.

According to a retired WBREDA officer, who did not want to be named, the problem started when some beneficiaries stopped the payment of monthly bills. Meanwhile, local residents claim that because of the plant’s decreased capacity, some shopkeepers switched to diesel generators.

Will May Bring Respite from Heat? ...