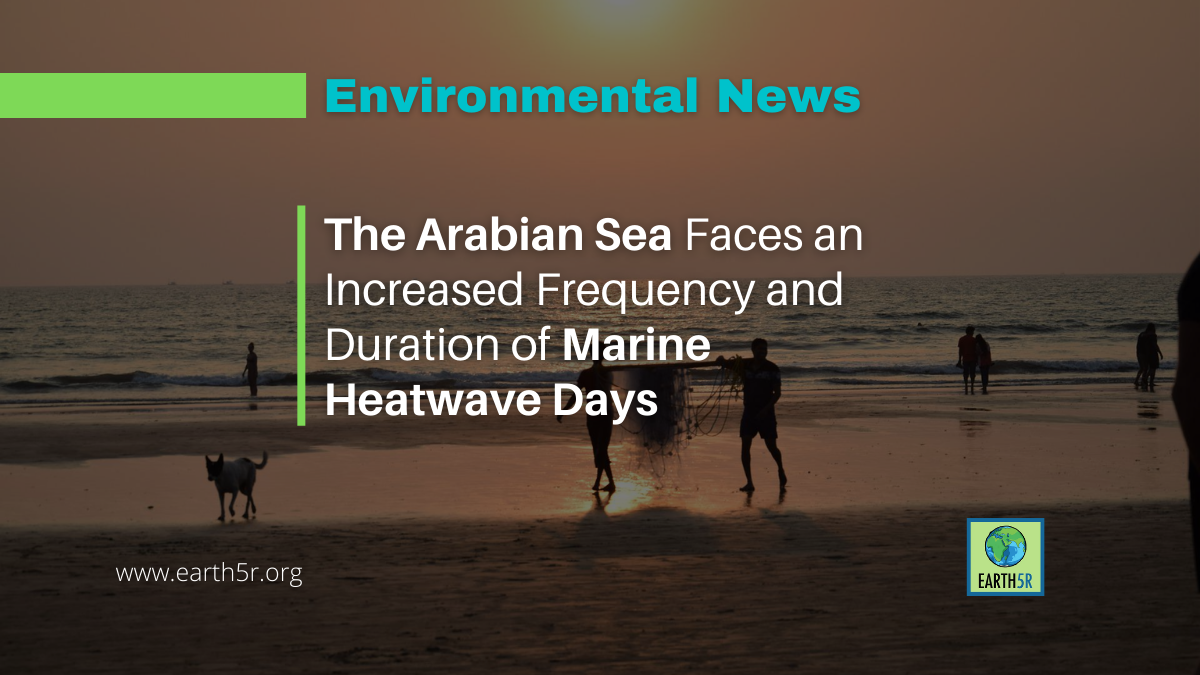 The Arabian Sea is experiencing a rapid increase in heatwave days with sea surface temperature extremes in the last decade sometimes stretching out through a season, according to a new study. In the last four decades, between 1982 and 2019, every decade has seen roughly 20 more marine heatwave days, says the study, that used satellite data to highlight the trends of these marine temperature extremes on the west coast of India.

The increasing trend of marine heatwave (MHW) days is more noticeable after the year 2000, and is clearly visible after 2015. The accelerated trend of the heatwave days is found to be driven by the rapid rise in the mean sea surface temperature (SST) of the Arabian Sea in the recent decade, the paper highlights.

Longer heatwave days are also associated with climate patterns such as El Niño, which is the warm phase of the El Niño Southern Oscillation (ENSO), a naturally occurring climate phenomenon that involves fluctuating ocean temperatures in the tropical Pacific, coupled with changes in the atmosphere. La Nina is the cooling phase of ENSO. According to the World Meteorological Organisation, all naturally occurring climate events now take place against a background of human-induced climate change which is worsening extreme weather and affecting the water cycle.