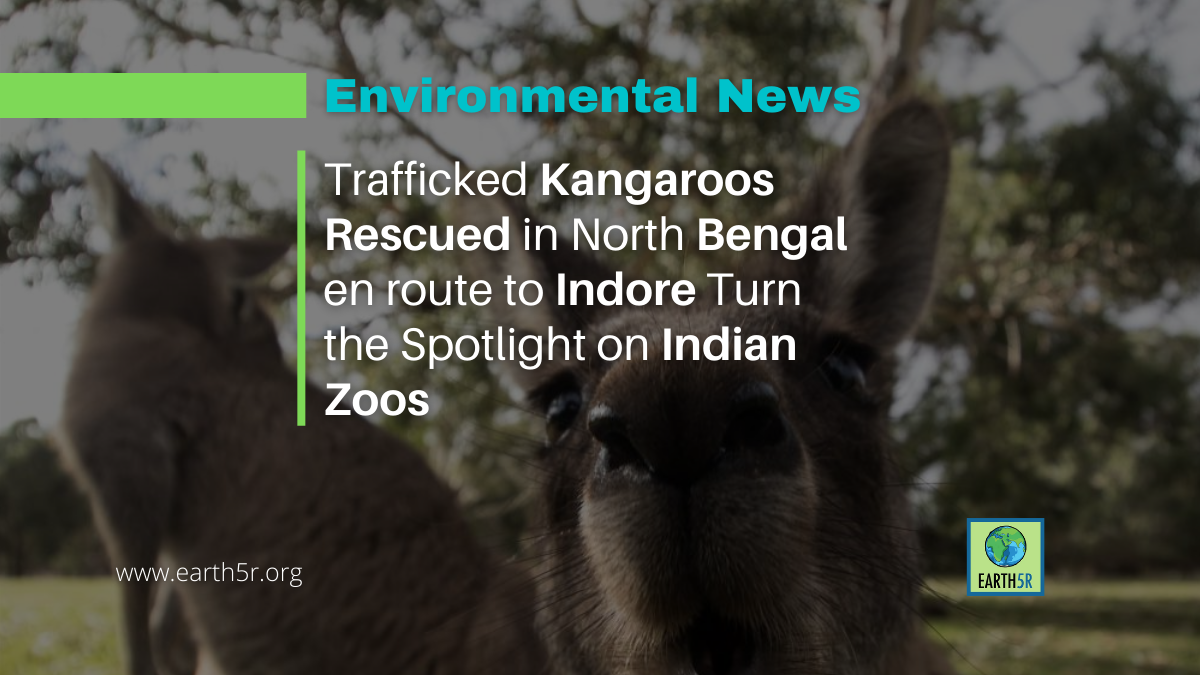 On April 2, there was a widespread sensation in the Dooars region of West Bengal over the sighting of kangaroos in different parts of the area. Initially, a team from the Belakoba forest range spotted two kangaroos roaming around on the Gajoldoba canal road near the city of Siliguri. Another kangaroo was later rescued from the Nepali Busty area, and a carcass was found in a locality on the outskirts of the city. The rescued animals were sent to Bengal Safari Park in Siliguri. This was the second incident of kangaroos rescued in north Bengal in 2022.

Earlier in March, an adult red kangaroo was rescued from Kumargram near the West Bengal-Assam border in the Alipurduar district. In that incident, two people from Hyderabad were nabbed with the consignment. It’s not the first time authorities have seized a kangaroo in the country. Two years ago, exotic species, including kangaroos, were seized from Lailapur, a small hamlet on the border of Assam and Mizoram. However, investigations of the recent twin incidents of kangaroo rescues in north Bengal reveal that the consignments were meant for a zoo.

The arrested duo (from the March incident) had a purchase order which showed that the kangaroo was going to Kamala Nehru Prani Sangrahalaya, a municipal zoo based in Indore. Speaking to Mongabay-India, Agni Mitra, Regional Director, East Zone, Wildlife Crime Control Bureau (WCCB), said, “It looks like both incidents in north Bengal were linked. After the first consignment was caught, the traffickers thought that they would not be able to transport the remaining kangaroos and so they released the animals. The people who were arrested in the first incident had a purchase order from Indore Zoo, and the zoo also confirmed that they had issued that order.”

Jimmy Borah, Senior Manager, Legal and Advocacy Division from the NGO Aaranyak, said that many of these exotic animals are going to zoos, including private ones. “The seizure of the consignment in Jalpaiguri is important because it establishes a connection between the trafficking of exotic animals and zoos,” he said.

Why are India’s Garbage Dumpsites Burning?