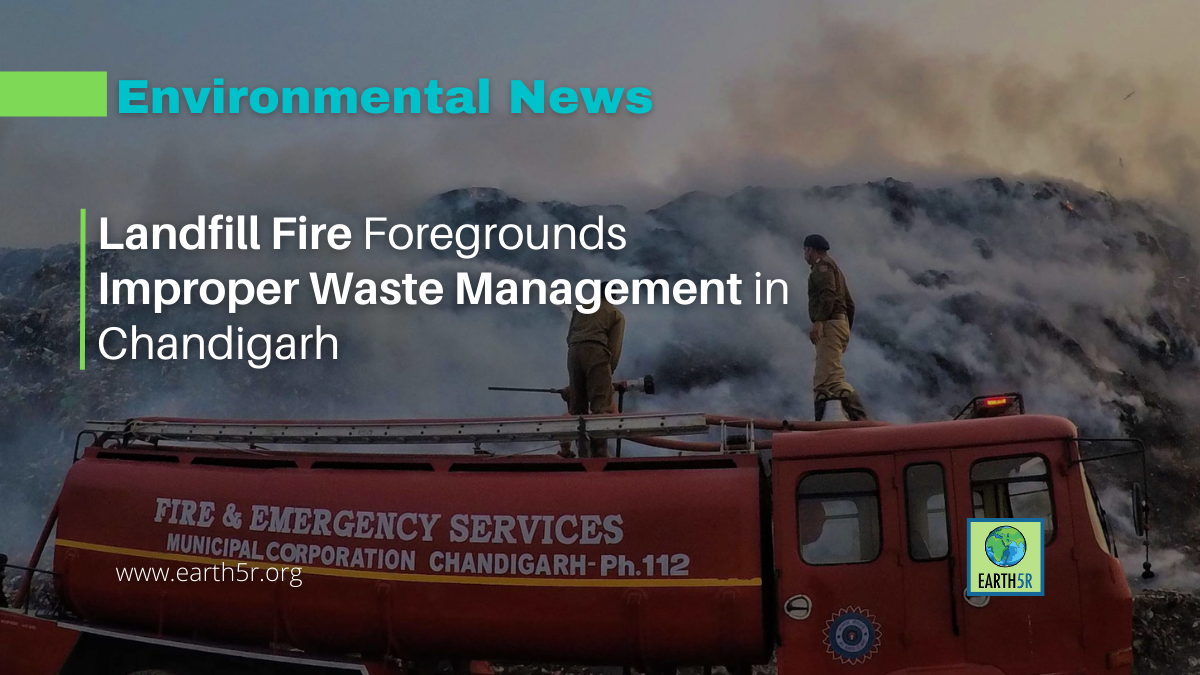 Environmental News from India: Chandigarh’s landfill near Dadumajra is growing, competition to Delhi’s towers of garbage that are usually in the spotlight. Inefficient garbage processing is considered the main reason for this expanding landfill.

Chandigarh’s garbage dump has caught fire 486 times in the past 15 years, a situation that returned this summer. More than 50,000 people are estimated to be living close to the site, and the growing landfill and frequent fires are a health hazard for the residents.

Delhi’s giant garbage mountains often come into the limelight, reflecting India’s poor waste management situation. But a similar scene, not too far away from the capital, in Chandigarh, is another glaring example of the country’s perpetual struggle to manage waste and stop the illegal dumping of garbage.

Recently, the waste site was in the news after it caught fire earlier this month. The fire in Chandigarh on April 7, 2022, engulfed the surrounding areas in thick smog, with a large number of residents complaining of acute breathing problems and skin irritation. A similar fire incident at the dumpsite in 2021 lasted a week and covered half of the city in a haze, hindering visibility and causing respiratory issues.

Chandigarh Pollution Control Board (CPCC) official told Mongabay-India that fires are very common at dumpsites, especially during the summer season, because of the methane gas trapped there. He added that the dumpsite is a perfect breeding ground for methane due to the decomposition of biodegradable or food waste over time. It quickly catches fire when it comes into close contact with anything combustible—the potential of catching fire increases in summer because of high temperatures.

Landfill fires are expected this season as other than Chandigarh’s Dadumajra fire, the Ghazipur landfill in Delhi caught fire multiple times this month, and another dumping ground, not too far away, in Punjab’s industrial town Ludhiana, too, caught fire on April 17, 2022.

Around 62 million tonnes of waste is generated annually in the country, according to the Ministry of Environment, Forest, and Climate Change data released in 2016. Only about 75-80% of the municipal waste gets collected, and only 22-28% of this waste is processed and treated—the remaining end up in dumping sites.

In Bolivia’s Amazon, the Wildcat Gold ...