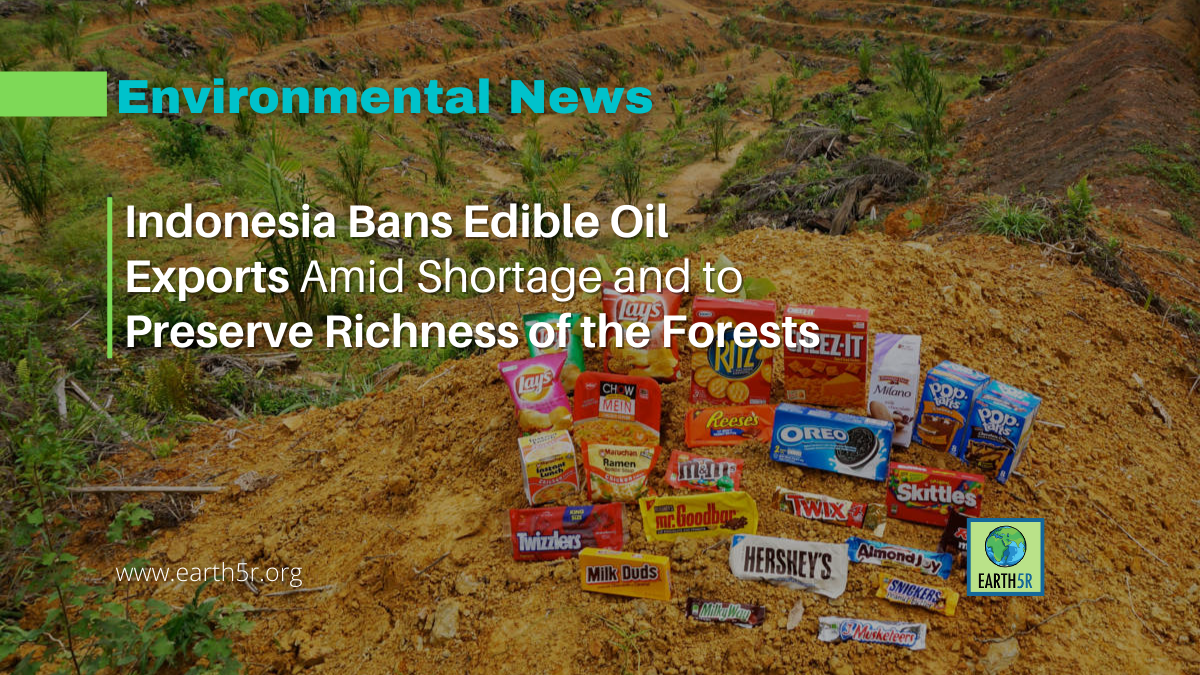 Environmental News from Indonesia: Indonesia, the world’s biggest producer of crude palm oil, has ordered a ban on exporting the commodity starting April 28, 2022 to address an ongoing shortage of cooking oil in the country.

President Joko Widodo announced the ban on April 22, 2022 set to run indefinitely. He said he wanted to ensure the country had enough cooking oil amid a general surge in food prices domestically and abroad.

Palm oil, of which Indonesia produces 59% of the global supply, is the dominant vegetable oil used to make cooking oil in Indonesia. Since late last year, however, Indonesia has suffered from acute cooking oil shortages. When supplies are available, prices have often been multiples of what the product usually retails for.

“Instead of solving the problem of cooking oil availability and price, this policy will destroy the palm oil industry and revenue for the state,” Dendi Ramdani, vice president of industry and regional research at state-owned Bank Mandiri, said as quoted by local media.

He said the country could lose up to $2.2 billion in export revenue if the ban lasts for one month.

And while the international market will see a supply crunch, the domestic one will be flooded with palm oil, driving down prices for producers, including the small farmers who grow much of the palm fruit that’s processed into oil, according to Henry Saragih, chairman of the Indonesian Farmers Union (SPI).

SPI’s Henry agreed that the plantation industry must be managed by the people with support from the government and state-owned enterprises and not by big companies.

“Corporate oil palm plantations have turned forests into monoculture crops, getting rid of the richness of our forests and water sources in the form of swamps, rivers, and others,” he said in a statement. “Palm oil companies have also proven to be bulldozing the lands of farmers, Indigenous peoples, and locals, damaging local infrastructure.”

Flooding in Pakistan Kills Dozens as ...