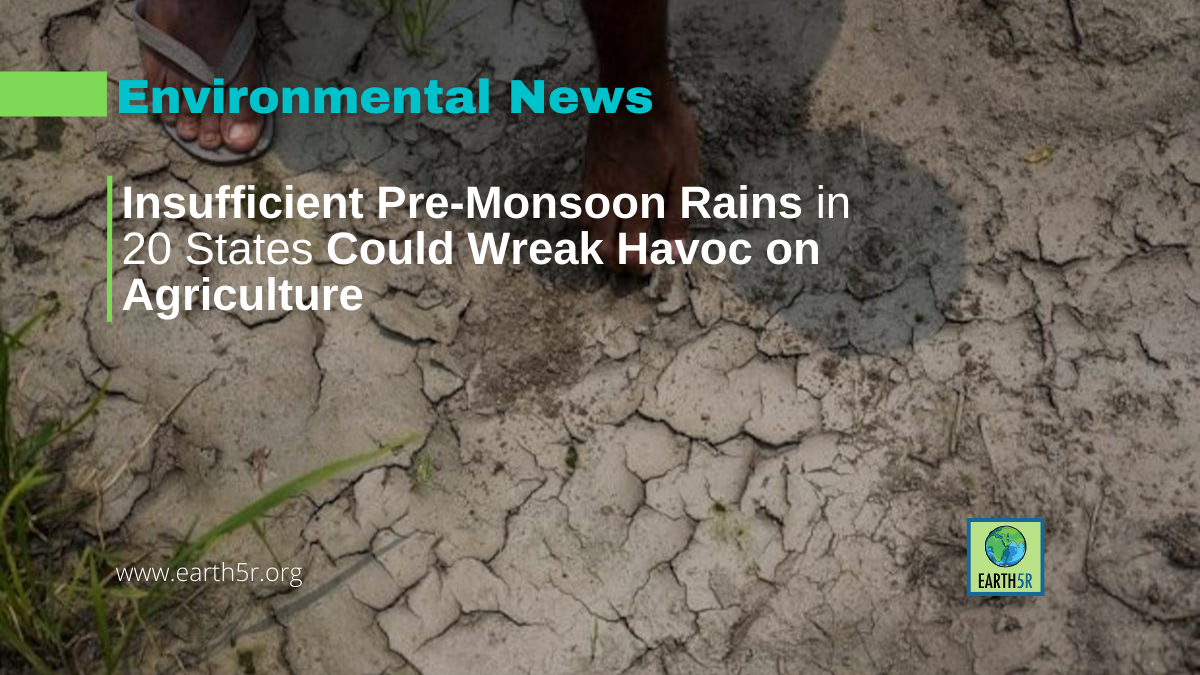 The lack of rain in these two months sustains heatwave conditions, offers fruits and vegetables no respite from heat stress, and can impact irrigation for sugar cane and cotton besides affecting pre-kharif sowing activity to some extent.

Several river basins recorded no rainfall this season, while many others have recorded deficient to largely deficient rains, which could put more pressure on dam water usage, experts said. Pre-monsoon rain in India adds to nearly all of India’s annual rainfall.

A senior IMD official told TOI, “If a river basin receives less or no rainfall, reservoirs in such basins will be under greater pressure to provide water for various population needs. It will ultimately affect dam water levels.”

Less pre-monsoon rain can increase the irrigation requirements of farmers, which would mean greater demand for the available water in reservoirs, the official said.

IMD’s rainfall data until April 24 showed that most river basins in Maharashtra had recorded no rainfall to largely deficient rain in the season, with the deficiency ranging from 60-100% in the state.

Emperor Penguin at Serious Risk of ...