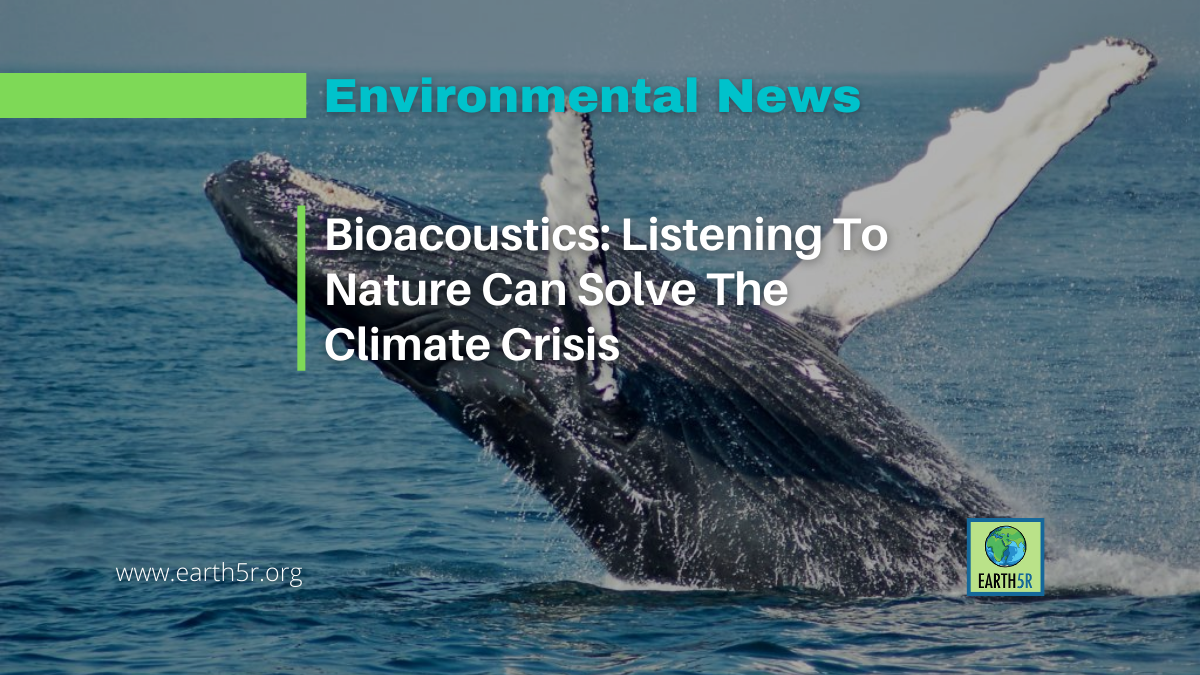 Bioacoustics: Listening To Nature Can Solve The Climate Crisis

As current climate conversations overwhelmingly lack both heart and accessibility, Joycelyn Longdon, an environmental Ph.D. student at Cambridge, tackles the subject from an education and action-focused perspective – not for aimless doomism.

The impact of human sound on the environment is vast, changing the behaviour and abundance of certain species. By listening to wildlife and humans, we can understand the impact our species is having on the rest of the natural world and make more informed ecological conservation decisions. This is where the cross-disciplinary science of bioacoustics comes in. Bioacoustics, sometimes referred to as ecoacoustics, is a field of research that explores sound, specifically the sounds of the natural world and how humans engage and affect it.

As a practice, bioacoustics dates back to the 1920s but became an official field of research in the 1960s. The success of bioacoustics has led to an array of incredible findings over the past decade; for example, in 2009, researchers from The Cornell Lab of Ornithology discovered the existence of the endangered Blue Whale 70 miles off the coast of New York. Seven years later, in 2016, Australian researchers found that Zebra finches, a species of bird, were communicating the climate crisis to their unborn chicks, singing one particular song to their eggs when the weather was warmer than usual. Bioacoustics is also being used for Indigenous land management, with the Indigenous forester, Angela Waupochick, using the technology to find the best conservation strategies for black-ash (a species of tree) ecosystems in the Menominee and Stockbridge-Munsee Tribal Lands near Keshena, in northern Wisconsin because they are widespread in the area and a culturally significant tribal land resource.

In an interview, Gordon Hempton, the acoustic ecologist, told Emergence Magazine that “if you are going to listen, you have to be willing to change,” but I believe that if we are going to make change, we have to be willing to listen. When thinking about how I wanted to make a change in the world through my Ph.D., I was instantly drawn to forests finding them to be places of deep stillness, serenity, and healing and at once sites of beautiful dynamism, aliveness, and creativity. Tropical forests are important sites of both climate and biodiversity crises, feeling the effects as well as being a key part of the solution. They also support and are of cultural importance to Indigenous and Local communities worldwide. A popular technology-based method of monitoring and conserving tropical forests is remote sensing, where we observe the world with satellites or sensors like camera traps.

The Rush of Tourists to Hills ...

How the War in Ukraine Affects ...