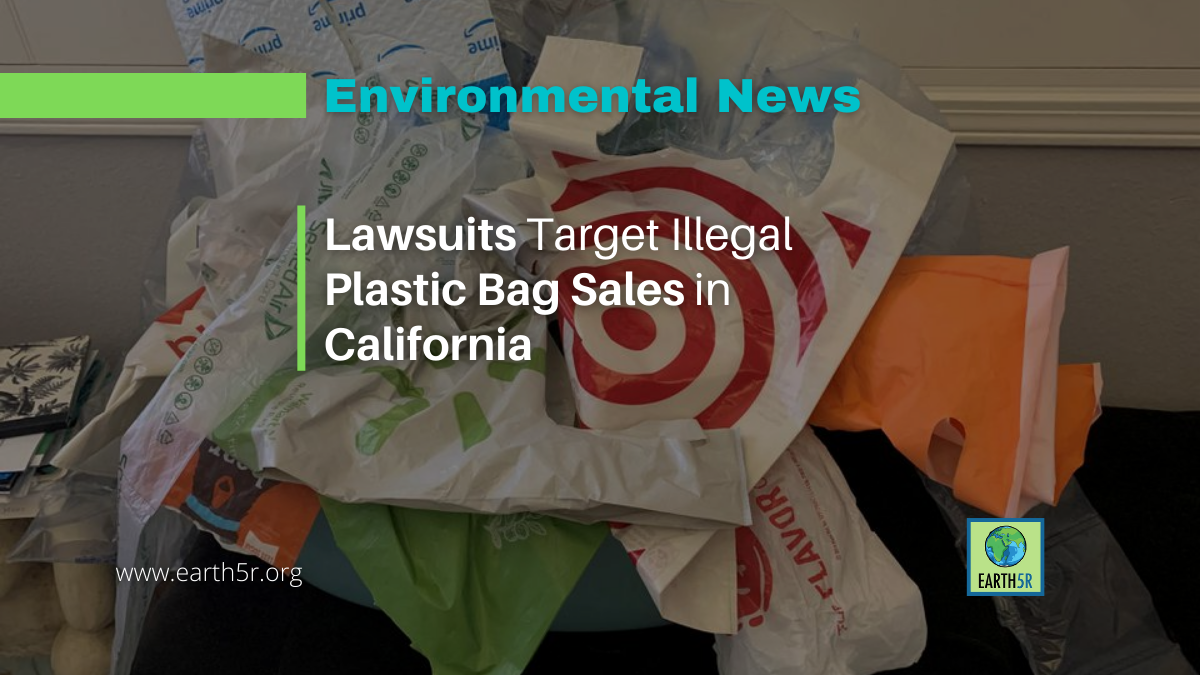 An environmental group said Monday it had sued two major Californian retailers to stop them selling thicker plastic bags that are supposed to be recyclable but cannot be recycled in the state.

The complaint alleges that the bags have symbols that mislead consumers into throwing them in curbside recycling programs that are unable to process the material.

The lawsuit comes as plastic producers and consumer goods companies come under legal, political and investor pressure to crack down on plastic waste and misleading claims around plastic recyclability.

Last month, California’s attorney general launched an investigation into the fossil fuel and petrochemical industries’ role in “causing and exacerbating the global plastics pollution crisis” and their “aggressive campaign” to tell the public that recycling could solve the plastic waste crisis.

Kashmir Growers Fear for their Fruit ...