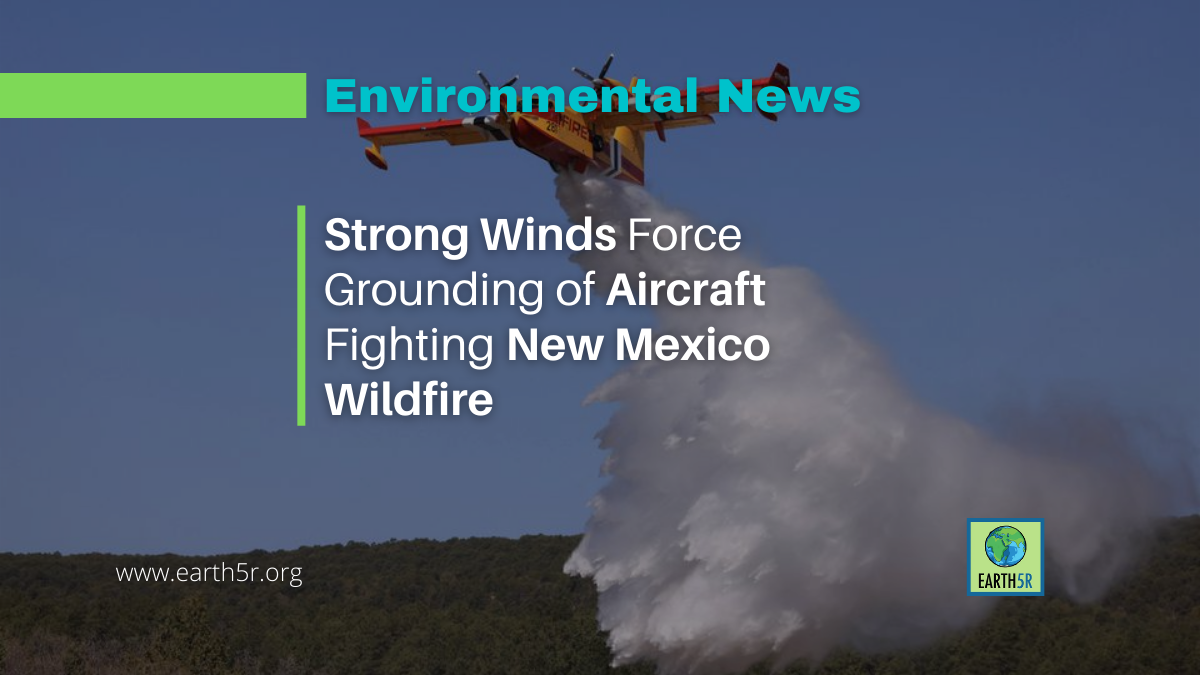 In all, New Mexico was battling at least six wildfires, the worst of them burning the mountains and canyons just east of the capital of Santa Fe, amid extremely hot, windy, and dry weather that Governor Michelle Lujan Grisham called “the worst possible set of conditions for any fire.”

The Hermits Peak/Calf Canyon complex had burned 172,284 acres as of Saturday, officials said, the equivalent of 269 square miles (697 square km) or nearly 90% of the land area of New York City, destroying at least 170 homes and forcing 16,000 evacuations, officials said.

Worse yet, sizzling temperatures and powerful winds were forecast for another five days in what firefighters have deemed a “historic fire weather event.”

“They had to sit down due to the heavy turbulence and the lack of visibility with the smoke,” U.S. Forest Service Incident Commander Todd Abel told a briefing.

“We were flying them all the way up until then, but the safety of the aerial firefighters was being pushed.”