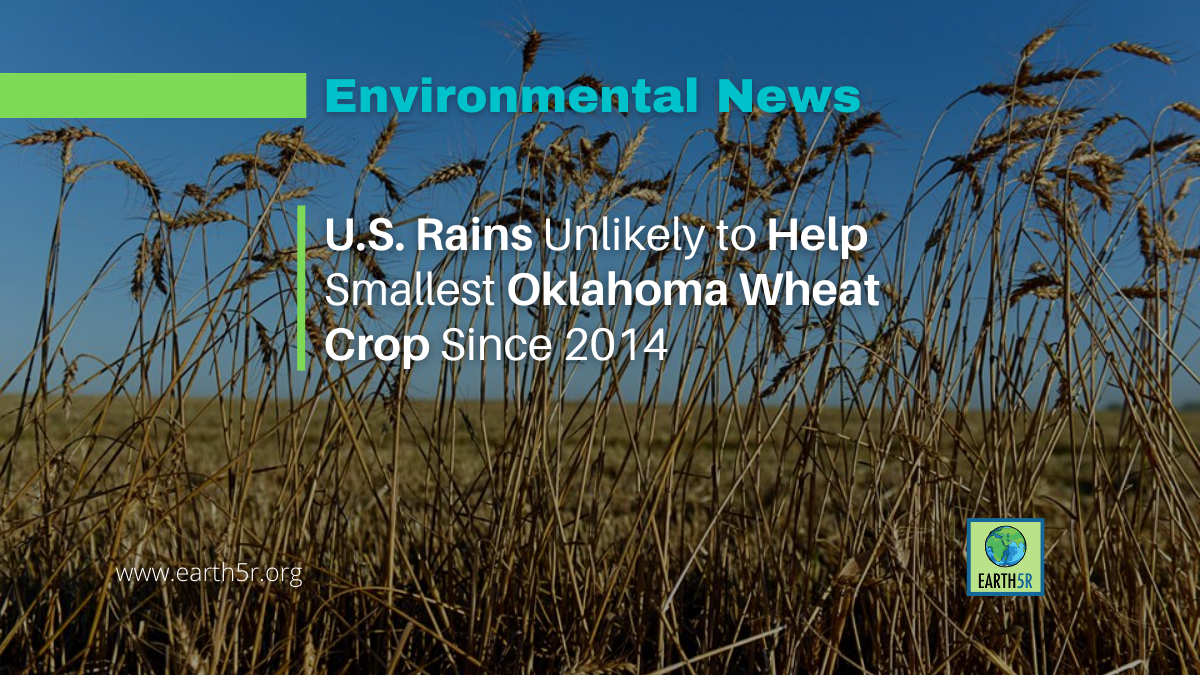 Rains this week in the U.S. Plains arrived too late to help much of the winter wheat in Oklahoma, the No. 2 U.S. producer of the grain, where farmers will soon begin harvesting the smallest crop in eight years, a state wheat official said Thursday.

“Unfortunately, I do think it is a little too late in most instances for us,” Mike Schulte, executive director of the Oklahoma Wheat Commission, said of this week’s precipitation.

A crop shortfall in Oklahoma adds to a dire global wheat supply picture after Russia’s invasion of Ukraine shut down ports and knocked the No. 5 exporter off the market.

About 69% of the U.S. crop was in an area experiencing drought as of May 3, the USDA has said, including most major wheat areas of Oklahoma and top producer Kansas.

Heavy rains this week could actually threaten the state’s wheat by either knocking over-mature plants and making them difficult to harvest or raising the risk of diseases for plants that are still developing.

The crop shortfall is frustrating for growers, given that K.C. hard red winter wheat futures are trading above $11 a bushel this spring for the first time since 2008.

Emperor Penguin at Serious Risk of ...