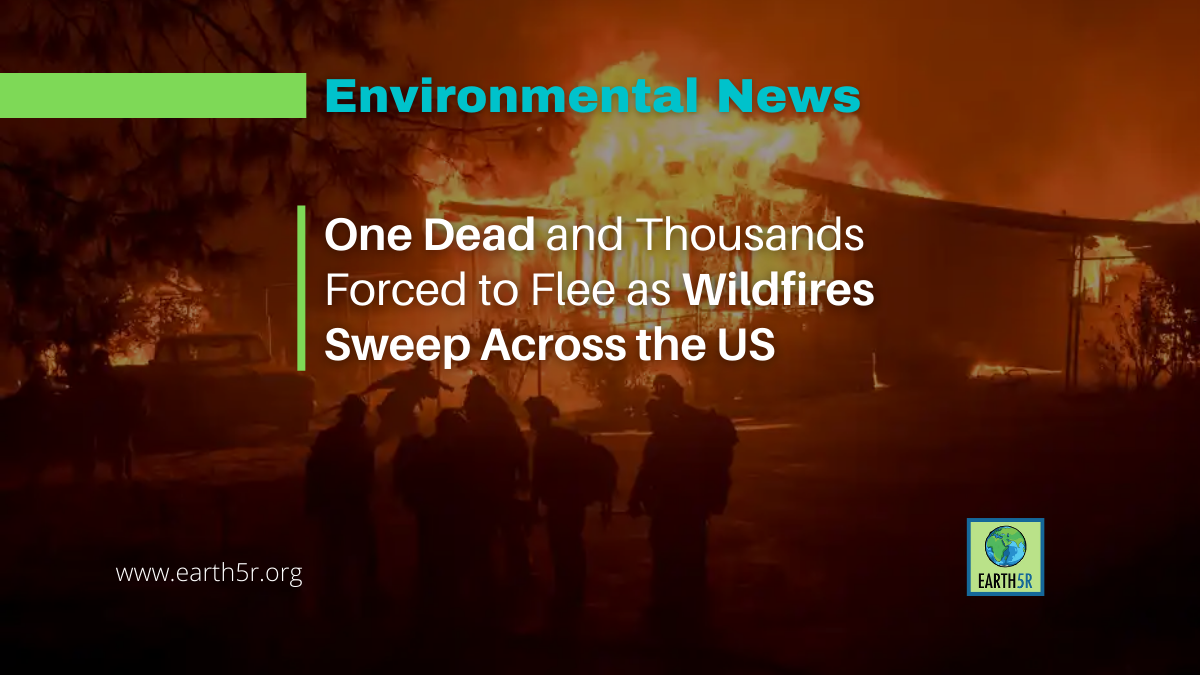 Environmental News from New Mexico, US: Wind-driven wildfires sweeping through parts of Nebraska contributed to the death of one person and injured at least three firefighters, authorities said Sunday.

The person who died was in Red Willow County, in the southwest corner of the state, Nebraska emergency management agency spokeswoman Jodie Fawl said. She said she did not have details about that person or where the firefighters were injured, though their injuries were not believed to be life-threatening.

The death came as wind-driven wildfires destroyed hundreds of structures in northern New Mexico and forced thousands to flee mountain villages as blazes burned unusually early in the year in the arid US southwest.

To the northeast, a fire about 35 miles east of Taos doubled in size to become the largest burning in the United States, forcing the evacuation of a scout ranch and threatening several villages.

The wildfires are the most severe of nearly two dozen in the US southwest and raised concerns the region was in for a brutal fire year as a decades-long drought combined with abundant dry vegetation.

By Saturday, five counties in New Mexico were under a state of emergency after the governor, Michelle Lujan Grisham, issued one for Mora county. On Friday, she had declared states of emergency for Colfax, Lincoln, San Miguel, and Valencia counties.

To read top environmental news from the US, please visit https://earth5r.org
Source: The Guardian