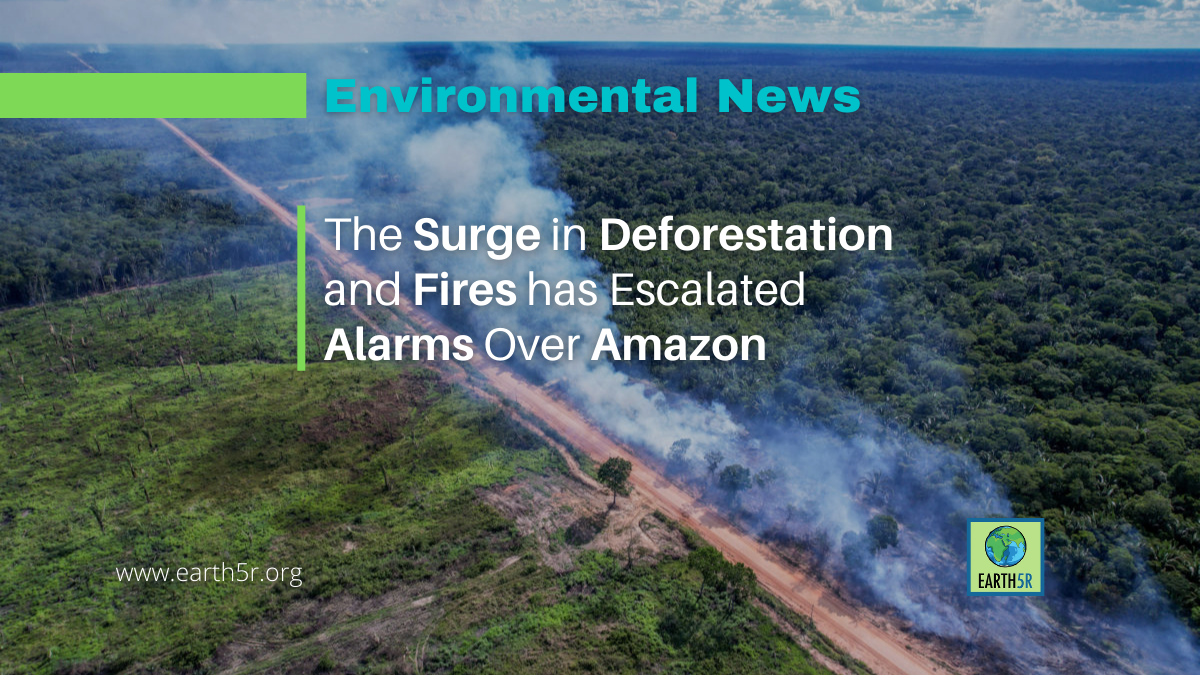 The Surge in Deforestation and Fires has Escalated Alarms Over Amazon

The surge in deforestation and fires has escalated alarms over the fate of the Amazon, which scientists warn is already losing its capacity for ecological regeneration. This has major repercussions for the rest of the planet since the Amazon plays a central role in regulating Earth’s temperature.

“This is a very important region in terms of biodiversity,” says Fernanda Meirelles, public policy coordinator at IDESAM and executive secretary of the BR-319 Observatory. “It is located in the interfluvial region of two rivers and, in addition to the 69 Indigenous territories, it has several other unrecognized ones, including those of isolated tribes.”

This particular swath of the Amazon, bounded by the Purus and Madeira rivers, both of them tributaries of the Amazon River, is also home to dozens of subsistence forest communities. Known as extractivist communities, they live off the forest’s resources and have for generations helped to preserve it, but now find themselves forced to adopt the way of life of outsiders.

As Large Areas of Brazil’s Atlantic ...

Zoo Animals Not Immune to Sri ...