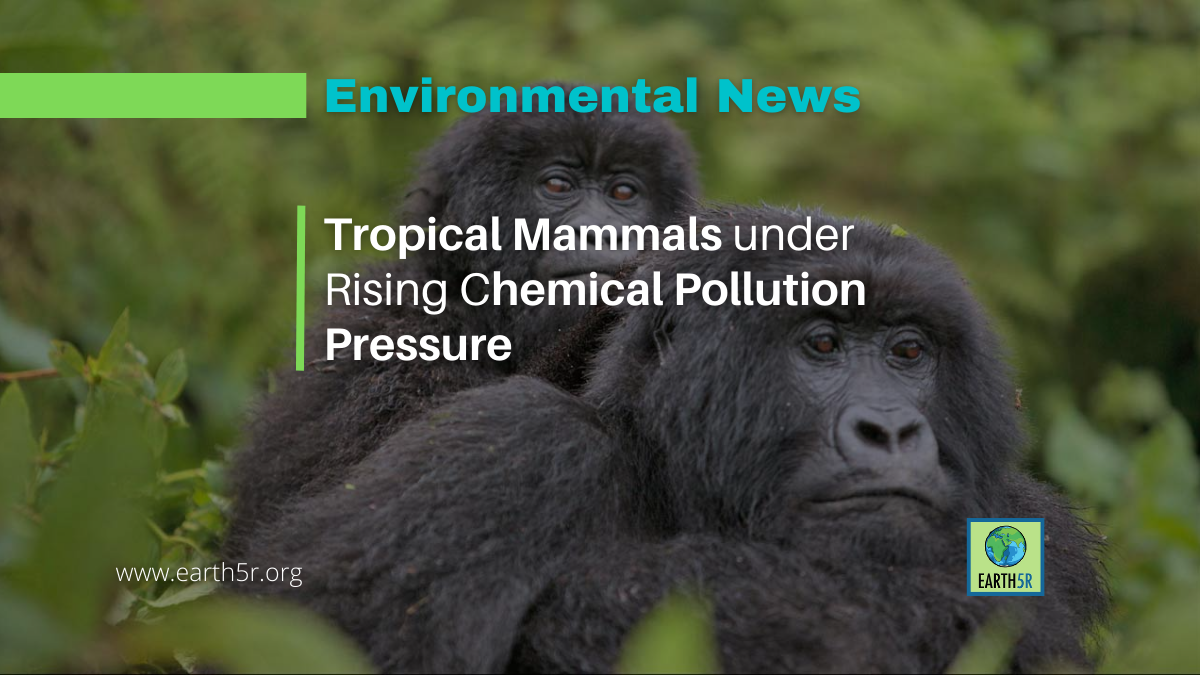 Tropical mammals are living in an ever-changing chemical landscape, warns a recent study, with wildlife increasingly exposed to an array of plastics, pharmaceuticals, pesticides, and nanoparticles. The recent study, published in the journal Biological Conservation, warns that this underrecognized threat requires urgent action.

Colin Chapman, a biologist and professor at George Washington University, and his colleagues reviewed the body of scientific literature investigating the scope of the “chemical landscape” inhabited by tropical terrestrial mammals. A recurrent theme: a paucity of studies covering the topic offered only glimpses of the effects of pollutants.