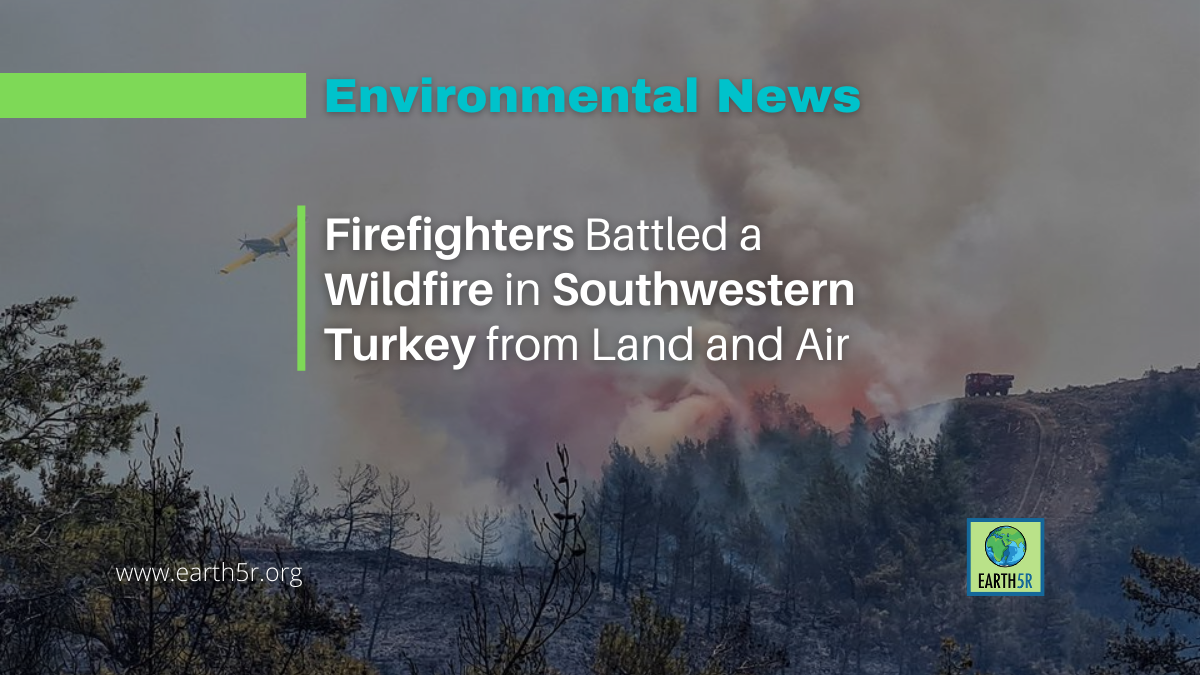 Firefighters Battled a Wildfire in Southwestern Turkey from Land and Air

Environmental News from the Middle East:

Firefighters battled a wildfire in southwestern Turkey from land and air on Thursday as high temperatures and winds fanned the blaze and dashed hopes it was contained, while authorities said they had detained a person in connection with the fire.

Scenes of burning woodland near the Aegean coastal resort of Marmaris sparked fears of a repeat of last year’s fires that devastated tens of thousands of hectares (acres) across the region.

Reuters footage showed smoke billowing from hills and police water cannon vehicles helping firefighters as the blaze spread through the woodlands in the sparsely populated area.

Interior Minister Suleyman Soylu said one suspect had been detained in connection with the blaze, which started around 8 p.m. (1700 GMT) on Tuesday, adding the person had admitted to burning down the forest out of frustration due to family issues.