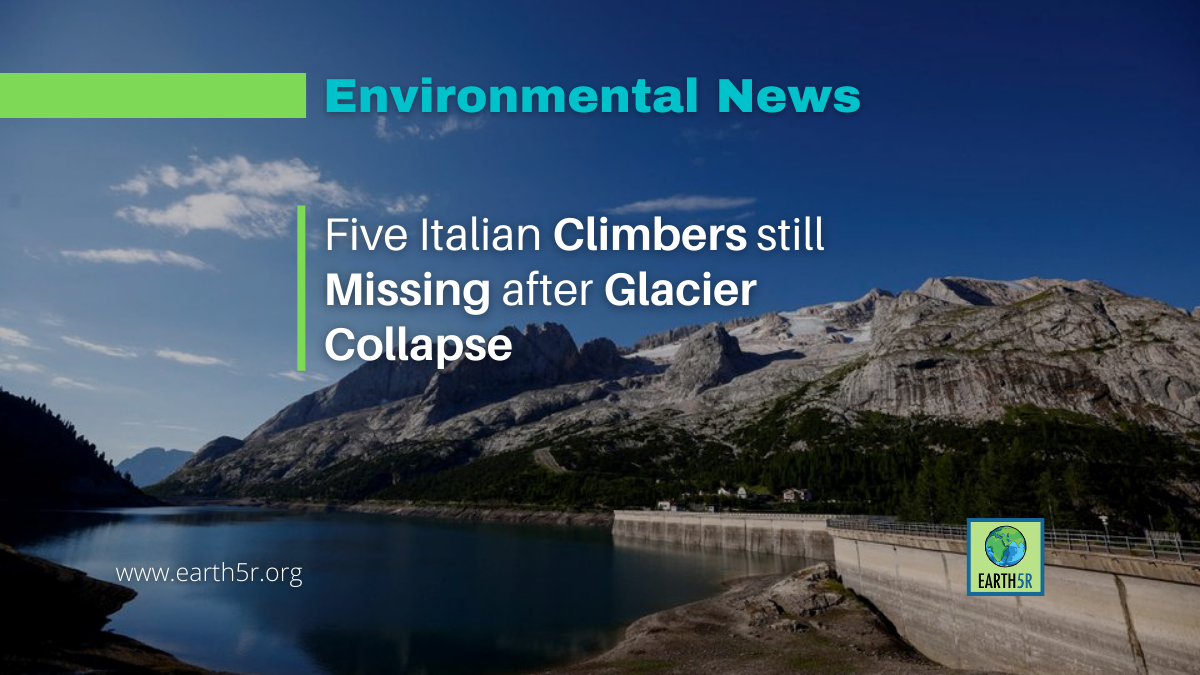 Five Italian climbers were still missing more than 48 hours after the deadly collapse of part of a mountain glacier in the Alps, a tragedy that is being blamed on rising temperatures.

At least seven people are known to have been killed in the avalanche on Sunday on the Marmolada, which at more than 3,300 meters (10,830 feet) is the highest peak in the Dolomites, a range in the eastern Italian Alps straddling the regions of Trento and Veneto.

That toll could rise given that five people remain unaccounted for despite searches with helicopters and drones over the past two days.

“When we arrived we saw a disaster, we realized the dimensions of this enormous avalanche,” said Stefano Coter, head of the local alpine rescue team and one of the first people to reach the scene.

“We found injured people in need of help and other people who were dead,” he added.

How Increasing Taxes and Decreasing Subsidies ...