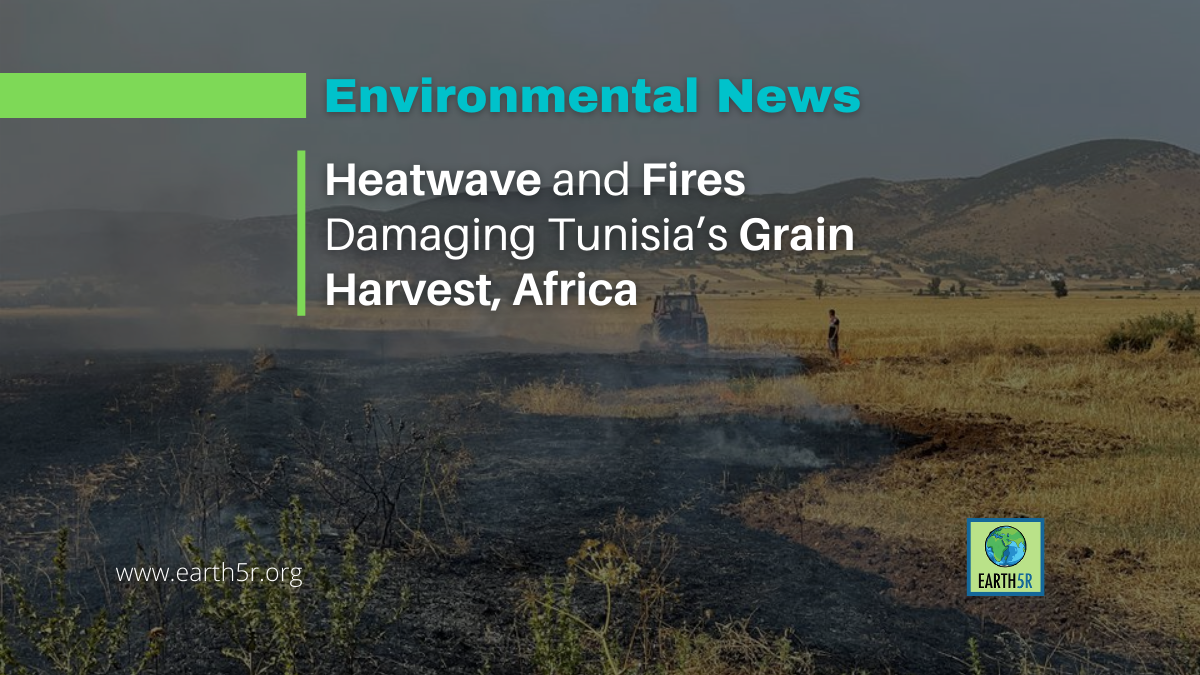 A heat wave and fires are badly damaging Tunisia’s grain harvest, leading the farmers union to forecast that output will fall well short of government hopes.

Loss of grain production comes as the North African country struggles with food importation costs driven higher by the war in Ukraine.

But farmers union official Mohamed Rejaibia, pointing to fires that began raging over much of the country last month, said that was no longer possible.

“The grain harvest will not be more than 1.4 million tonnes,” said Rejaibia, a member of the union’s executive office. “Some of it will be lost to fires and some perhaps during collection.”

The union and experts say the crop also is suffering direct damage from high temperatures, which have already reached 47 Celsius (117 Fahrenheit) this summer and are forecast to go as high as 49 Celsius. Moreover, the heatwave is could hinder agricultural workers from collecting the harvest.

Connectivity Between Wildlife Corridors Of Central ...

India Asked to Supply More Than ...