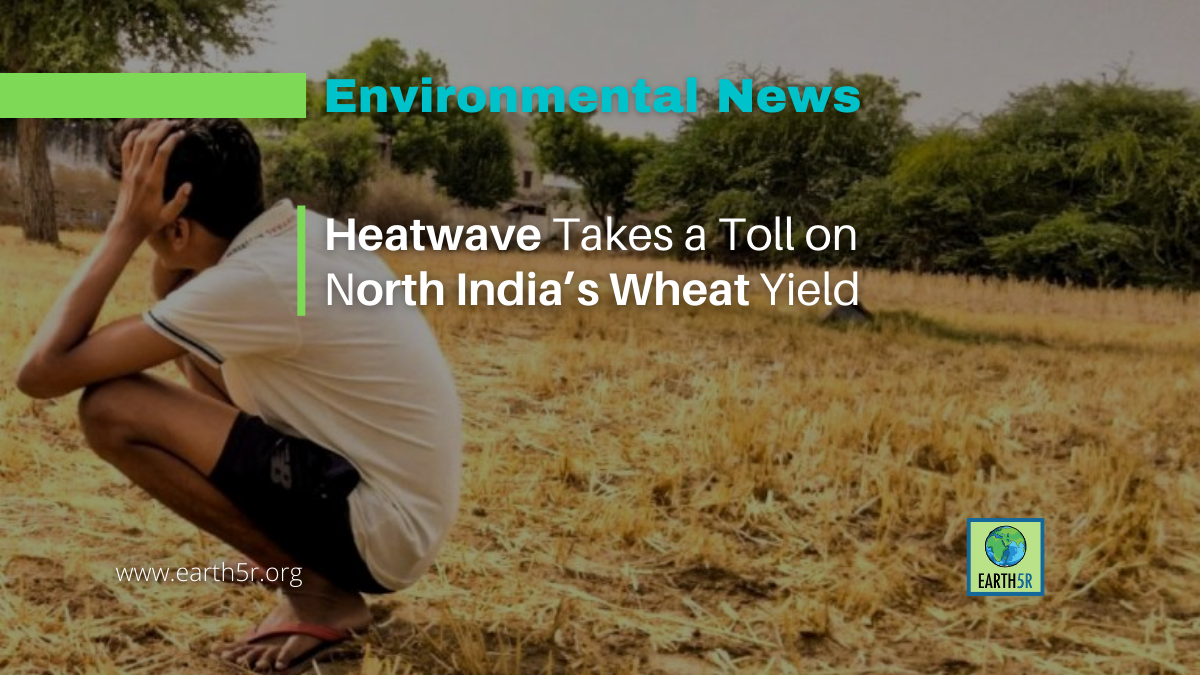 Hardeep Kaur, 36, and her husband Chamkaur Singh, 39, owned two acres of agricultural land in the Bathinda district of Punjab, a northern Indian state. With a fierce heatwave in March and April, the yield of the wheat crop on their land reduced. At the time, the couple had a loan of Rs. 800,000 and with reduced income from the low wheat yield, the stress to repay the loan kept mounting. Kaur and Singh died by suicide in April 2022.

Sarup Singh Sidhu, general secretary of the Bathinda chapter of Bhartiya Kisan Union (BKU), a farmer’s organization, told Mongabay-India, that since mid-March this year, nine farmers in Bathinda had died by suicide. In another district, Mansa, seven farmers had died the same way. Sarup Singh Sidhu attributes these deaths to the stressful situation that overcame them because of the low wheat output, which in turn is linked to the heatwaves.

March was the hottest in India since records began 122 years ago. This has resulted in an estimated 10-35 percent reduction in crop yields in Punjab, Haryana, and Uttar Pradesh. These states are collectively known as India’s “wheat bowl” because of their high production of wheat.

India has Pointed Out the Importance ...