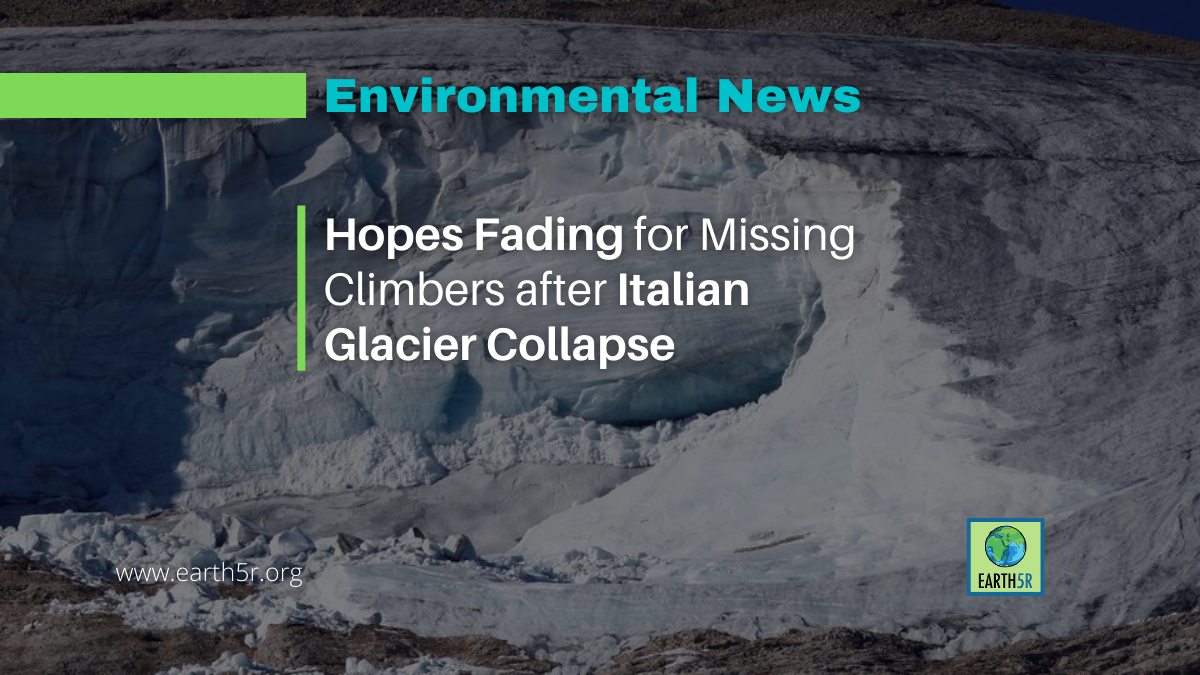 Rescue teams resumed the search on Tuesday for 13 climbers who were missing after part of a glacier gave way high in the Italian Alps on Sunday, killing at least seven people.

Hopes of finding survivors were fading more than 36 hours after a disaster that has fuelled concerns about the impact of climate change on the mountains. Three people from the Czech Republic were among those unaccounted for.

Sunday’s avalanche took place on the Marmolada, which at more than 3,300 meters (10,830 ft) is the highest peak in the Dolomites, a range in the eastern Italian Alps straddling the regions of Trento and Veneto.

With the peak still unstable, rescuers have been using drones and helicopters to look for victims or to try to locate them through their mobile phone signals.

Italian media said those confirmed to have been killed included Davide Miotti, a 51-year-old local alpine guide who ran a sports shop in the area.

Much of Italy has been baking in an early-summer heatwave and scientists said climate change was making previously stable glaciers more difficult to predict.

Indonesia and Germany Team Up for ...