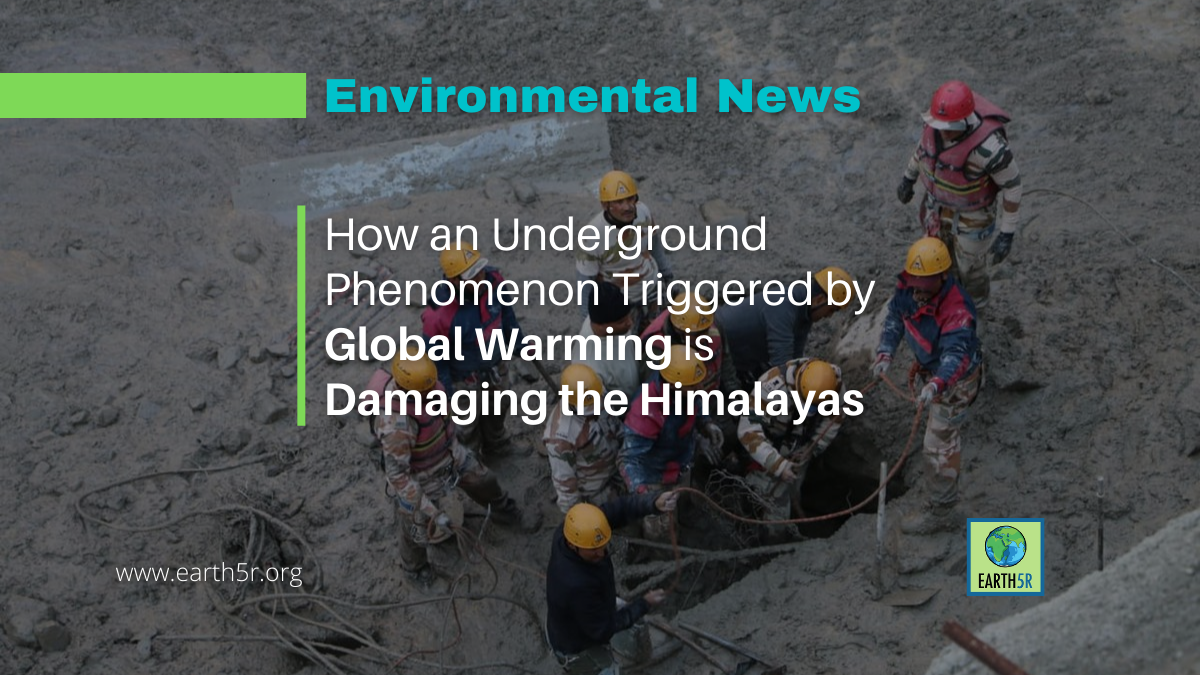 It is late April 2022. At Namche Bazaar, a town in the Everest region of Nepal at an elevation of 3555 meters above sea level (m a.s.l), life, and business have not been the same since the COVID-19 outbreak. Located on the way to the Everest south base camp, this bustling market has seen reduced footfall because of the pandemic.

Setbacks are not new to the residents of Namche Bazaar; however, the last two years seemed worse, admitted Dilkumari Rai from the Solu region of the Solukhumbu district, who runs a small Nepalese and Chinese eatery. “The business is not profitable,” she said. The pandemic has added to the effects of constantly changing weather that worry the local communities. Avalanches, landslides, and unseasonal rains are becoming terrifyingly frequent.

The local people point to the mountains cast in sombre brown. “These mountains used to be white with snow at this time; they have only a few streaks of snow now. Last year, we had unnaturally heavy snowfall in winter. Summers are a lot warmer now,” said Kapindra Rai, a programme officer at Sagarmatha Pollution Control Committee, a non-profit that manages the waste in the Everest region.

Warm winters, warmer summers, landslides, avalanches, and GLOFs (glacier lake outburst flood) — the Himalayan region is increasingly witnessing the vagaries of global warming. At its mildest, it manifests as irregular rains or snowfall, warmer winters, etc., but the valley residents live in constant fear of things escalating any day.

The year 2013 saw the devastating Kedarnath floods on the Indian side of the Himalayas, followed by back-to-back avalanches on Mount Everest in 2014 and 2015. In 2021, 72 people were killed and over 200 went missing in flash floods in India’s Chamoli district of Uttarakhand. In the same year, the Melamchi river overflow and flooding in the Sindhupalchowk district of Nepal killed over 20 people. Over 100 homes were washed away and 400 households displaced; six highway bridges and 12 suspension footbridges were swept away.