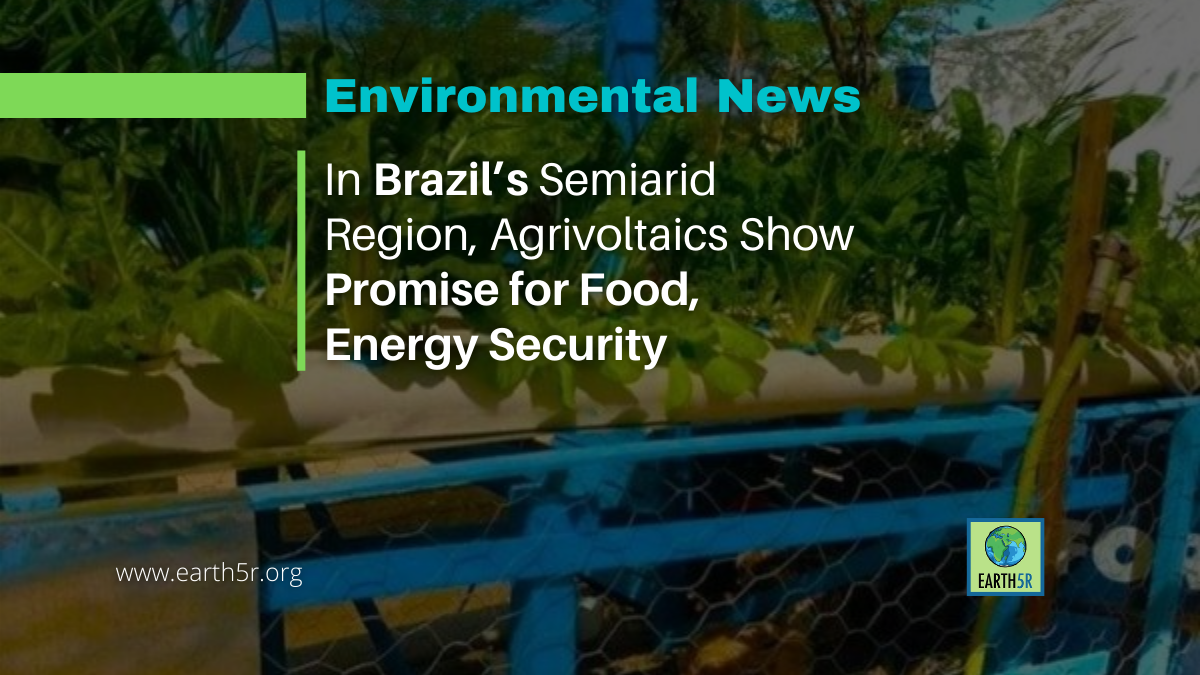 High levels of food, water and energy insecurity brought on by socioeconomic issues and exacerbated by climate change have been driving research groups to find new solutions. A 2020 study from Brazil shows that agrivoltaic solar systems can be a solution with great potential. These systems combine food production and solar power generation in the same physical space to maximize results and reduce the use of natural resources.

Brazil’s first agrivoltaic system is called Ecolume. It was developed by a network of more than 40 Brazilian researchers and funded by CNPq, the National Council for Scientific and Technological Development. A pilot project was installed at the SERTA agroecology school in the municipality of Ibimirim, in Pernambuco state, in 2019 under the coordination of the Pernambuco Agronomy Institute (IPA).

IPA climatologist and Ecolume coordinator Francis Lacerda says the project evolved due to concerns over how to produce enough food in Brazil’s semiarid regions. These regions have historically experienced water shortages due to drought and rising temperatures and ensuring year-round food production has become a problem.

Lacerda says researchers also wanted to prove that, despite having the lowest human development index in Brazil today, the northeastern region of the country is abundant in natural resources like sunshine and the biodiversity of the Caatinga scrub forest. “Ecolume helped us develop a production model that leverages [the region’s] potential and resources,” she says.

Bangladesh’s Ban on Resource Hunting in ...

Miners, Drug Traffickers, and Loggers: Is ...