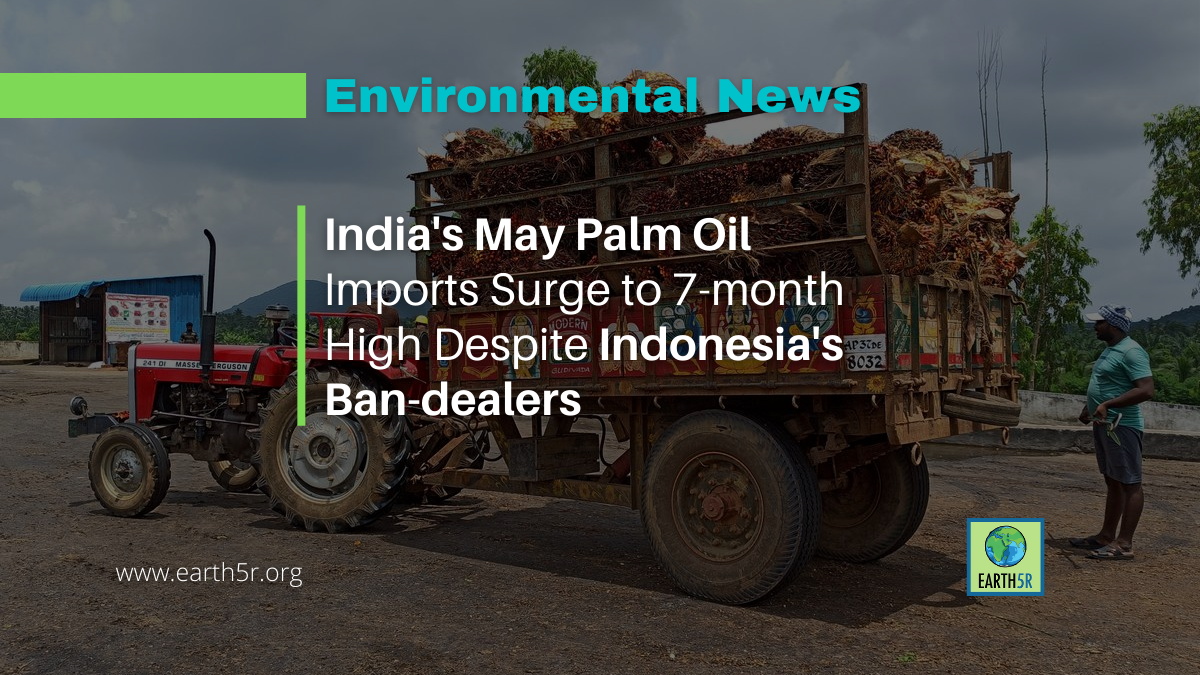 India’s palm oil exports in May were its highest in seven months and up 15% on April as the country overcame curbs on Indonesian exports by sourcing more of the commodity from Malaysia, Thailand and Papua New Guinea, five industry officials said.

Higher purchases by India, the world’s biggest importer of vegetable oil, could support Malaysian palm oil prices , which are trading near a record high.

India imported 660,000 tonnes of palm oil in May, up from 572,508 tonnes in April, according to the average estimate from five dealers.

Indonesia, the world’s biggest producer and exporter of palm oil, on April 28 halted exports of the product to control soaring prices at home. Jakarta allowed exports to resume from May 23 but put in place policies to safeguard domestic supplies.

The Mediterranean Region is Warming 20% ...

India has a Target of Increasing ...