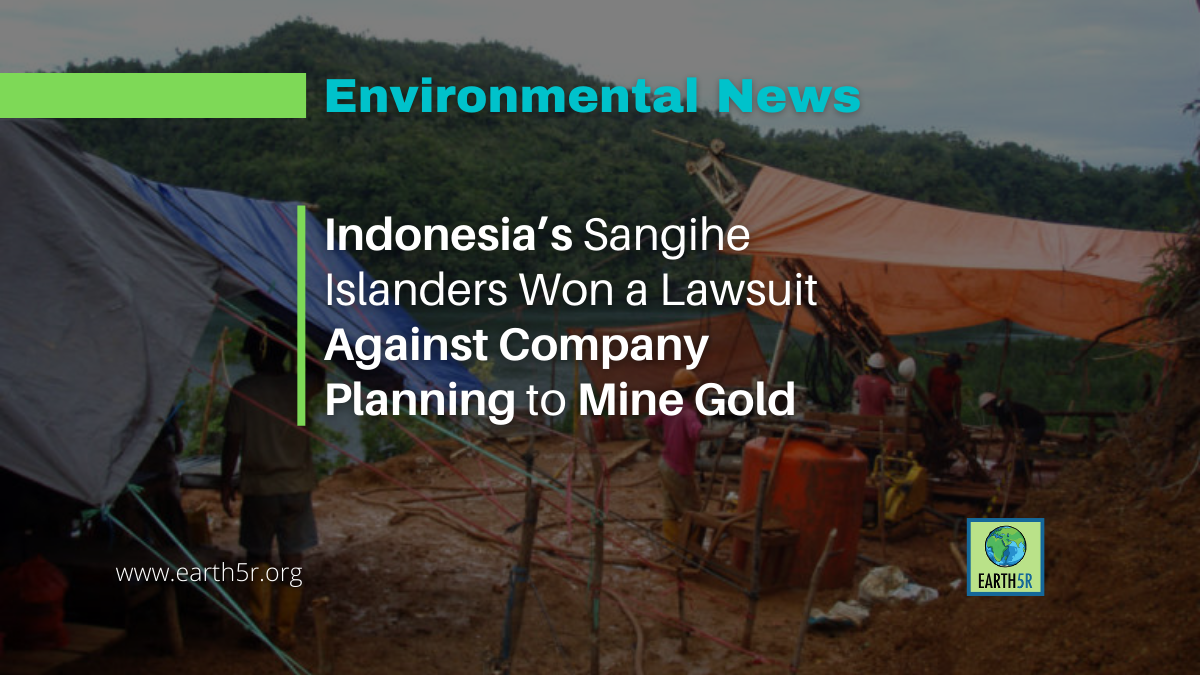 Residents of a remote island in eastern Indonesia have won a lawsuit against a company planning to mine gold on their island, after having an earlier legal challenge thrown out on a technicality.

In the latest ruling, handed down May 22 and publicized only recently, a court in Manado, North Sulawesi province, ruled the environmental permit issued to PT Tambang Mas Sangihe (TMS) for the proposed mine on Sangihe Island was invalid and ordered local authorities to revoke the license.

The judges found that the license issuance failed to follow the proper procedures and that the environmental impact analysis that was carried out was inadequate.

Muhammad Jamil from the Mining Advocacy Network (Jatam), one of the lawyers for the Sangihe villagers, said the court’s verdict means that TMS no longer has a legal basis to operate and must halt its activities.

It also means the mining contract issued by the Ministry of Energy and Mineral Resources to TMS is invalid since it’s based on the environmental permit, said Deny Karwur, an environmental law expert from Sam Ratulangi University in Manado.

Making Sense of Assam Floods: Why ...