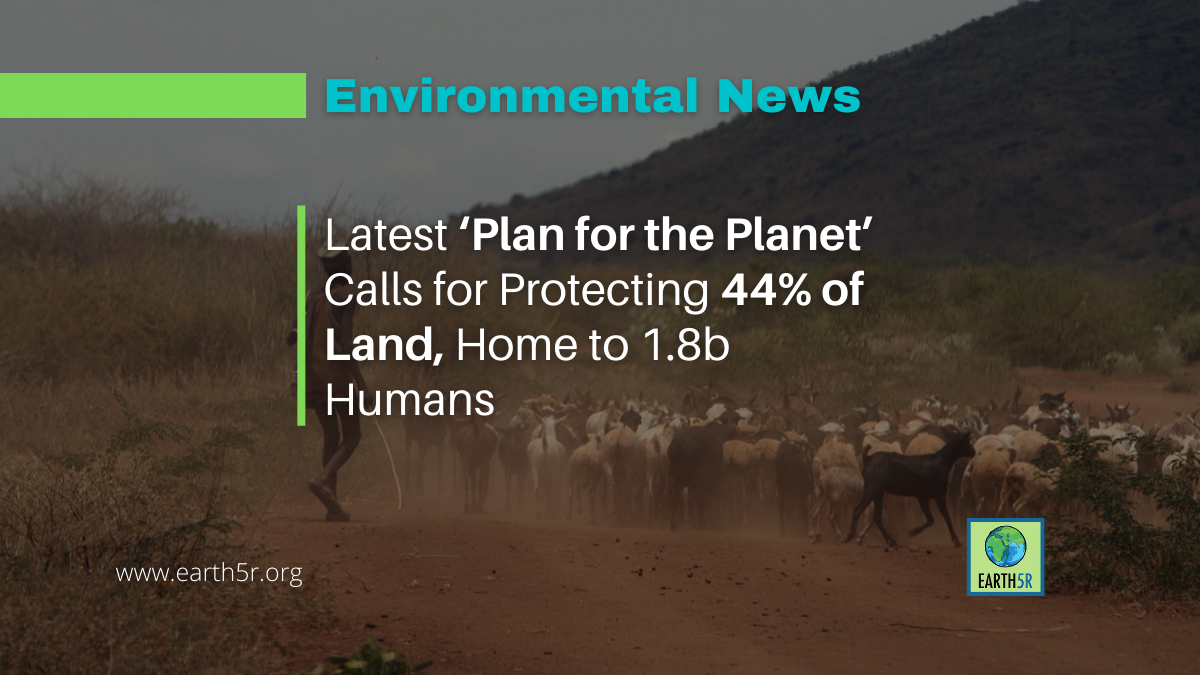 Latest ‘Plan for the Planet’ Calls for Protecting 44% of Land, Home to 1.8b Humans

How much of Earth’s terrestrial area needs protection to secure the planet’s biodiversity? A new estimate says 44%, or 64 million square kilometers (25 million square miles), an area that is home to almost a quarter of humanity.

“Our study is the current best estimate of how much land we must conserve to stop the biodiversity crisis,” James R. Allan, lead author of the study published in the journal Science, said in a statement. “It is essentially a conservation plan for the planet, and we must implement it quickly.”

Countries missed the deadline of safeguarding 17% of terrestrial landscapes by 2020 set under the U.N. Convention on Biological Diversity (CBD). The newly proposed target is also significantly higher than the goal currently under discussion for the CBD’s post-2020 agenda: protecting 30% of land and ocean by 2030.

Scientists say ambitious goals are required to halt the tremendous human-induced biodiversity loss occurring worldwide and to escape the worst effects of climate change. There is an urgent need to expand protections, but to what extent, where, and in what form are still being thrashed out.

Several multidisciplinary teams are working to come up with numbers that are scientifically defensible and can pass muster during negotiations at a much-delayed CBD summit scheduled for later this year in China.

Currently, targets proposed by various groups vary widely, from 26% to 60%. There doesn’t appear to be a scientific consensus, and reaching one via diplomatic efforts isn’t expected to be easy. A major challenge is ensuring tangible benefits for wildlife without imposing intolerable costs on human beings anywhere.

Spanish Firefighters on Alert After Huge ...

Half a Million Indians Flee Floods ...

Farm to Fashion: Indian Institutions are ...