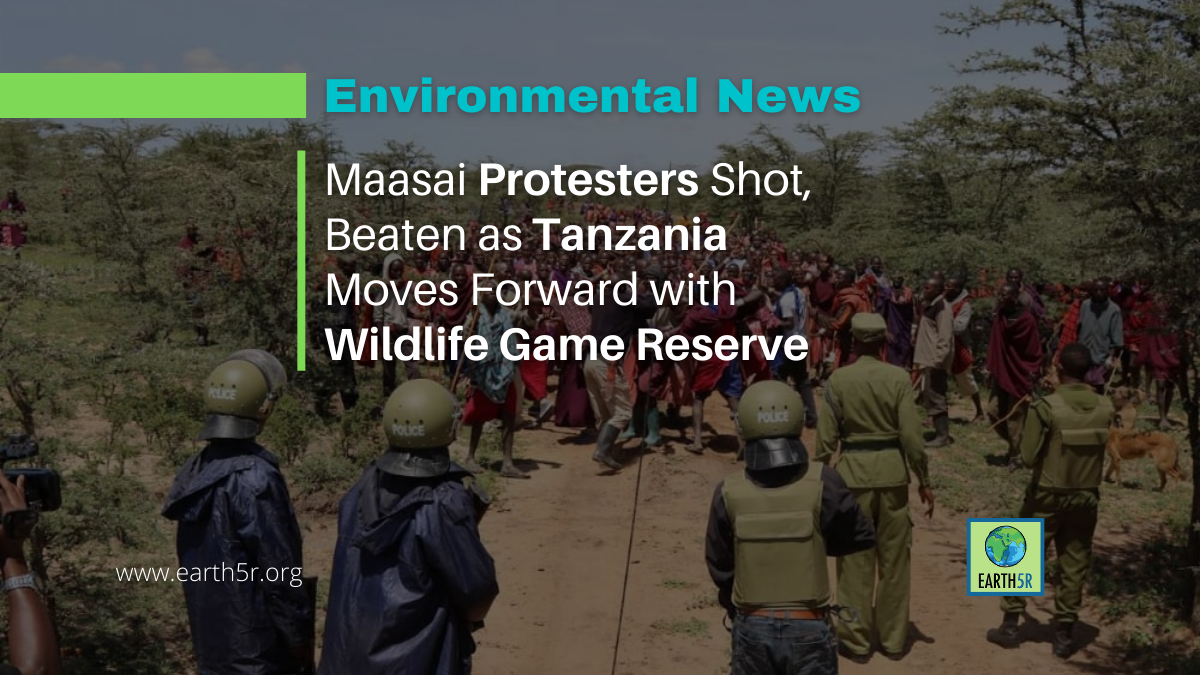 When 700 members of Tanzania’s anti-riot Field Force Unit (FFU) arrived in the Loliondo Division of Ngorongoro on June 6, no one told local Maasai pastoralists about the purpose of their visit. However, a tense atmosphere followed. A few days prior, the minister of natural resources and tourism announced in parliament that 1,500 square kilometers (579 square miles) of village land in the country’s northern division is set to be “upgraded.” The region in question is part of long-anticipated and contested plans to create a wildlife corridor for trophy hunting and safari tourism – which would trigger the eviction of about 70,000 Maasai from ancestral lands.

For two days, Maasai villagers waited for an explanation but received none. Then, on June 8, during a public meeting between pastoralists at Ololosokwan village, FFU police officers informed villagers that they were to begin demarcating the land for a game reserve. No further information was given, and the police began erecting beacons.

The meeting turned into a protest.