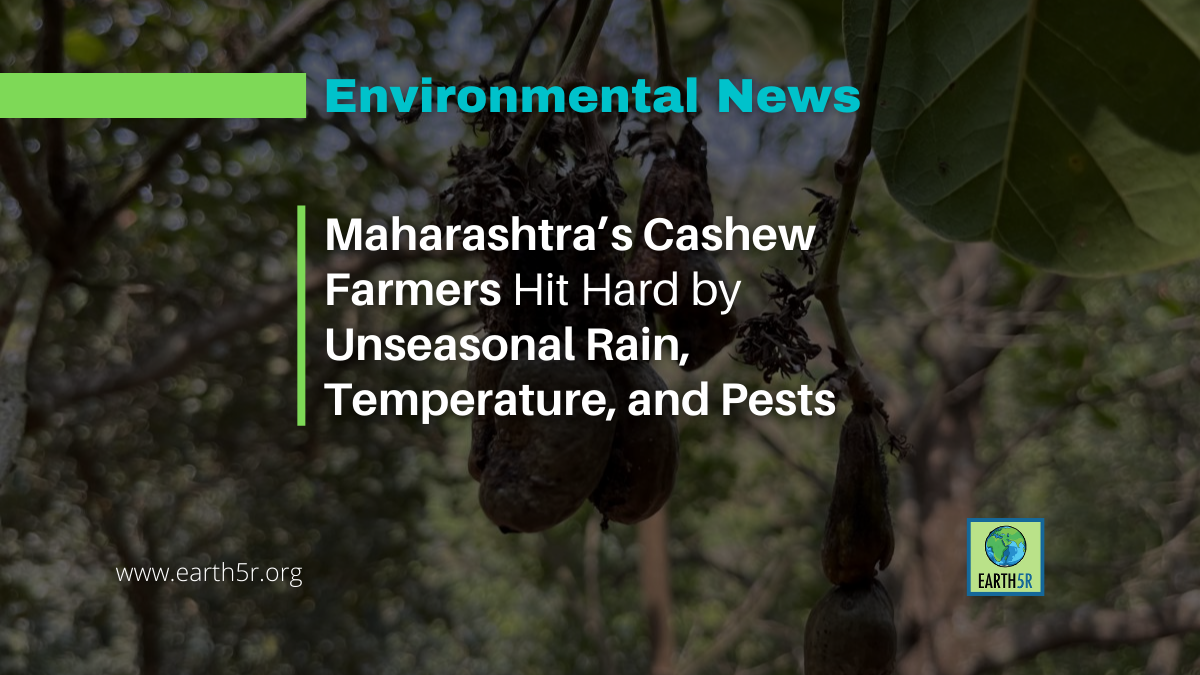 Harishchandra Desai, a farmer from Maharashtra’s Ratnagiri district, has 1,100 cashew trees. But, only a few have yielded fruit this season. The 65-year-old belongs to the Zapade village of the Lanja taluka. He estimates around 70% decrease in cashew production from his trees this year.

Other farmers in the region are experiencing a similar situation and are facing economic loss. They attribute the low yield to changing weather conditions, crop disease and pests.

Desai lives in the Konkan region of Maharashtra, which is known for its cashew cultivation. It is also the main source of livelihood for people from Ratnagiri, Sindhudurg and Raigad districts in this coastal region. However, in the last few years, the production of cashew has been affected owing to multiple reasons. “Rounds of unseasonal rain during flowering makes it difficult for the flowers to bloom,” Desai says, in conversation with Mongabay-India. He adds that many farmers in Lanja now do not receive yields from any tree, as Konkan has been witnessing changing weather conditions over the last few years.

In India, the production of cashews is linked to the livelihood of 1.5 million people, including over 500,000 (five lakh) farmers. Maharashtra is the largest cashew-producing state in India.

B.N. Sawant, Executive Director at the Regional Agricultural Research Station, Vengurla, Sindhudurg, attributes the fall in cashew production to unseasonal rain and below-normal temperatures. “This time, Konkan received rain between October to January. For cashews, this is the time of flowering and fruit formation. Pollination could not take place due to the rain, so fruit-setting did not happen,” Sawant tells Mongabay-India. “Secondly, between December and January, the temperature went below 17 degrees Celsius for a few days, resulting in more damages.”

Like Desai, another farmer, Prakash Toraskar, too has suffered losses, and blames it on the changing climate. Toraskar hails from the coastal Sindhudurg district, also in the Konkan region of ​​Maharashtra, and 100 kilometres from Desai’s village. Toraskar, who has 1,000 cashew trees, says, “Last year, I had eight tonnes of cashew nuts (raw cashew). This year, I could get only 2.5 tonnes, which led to an 80% loss in my income.”