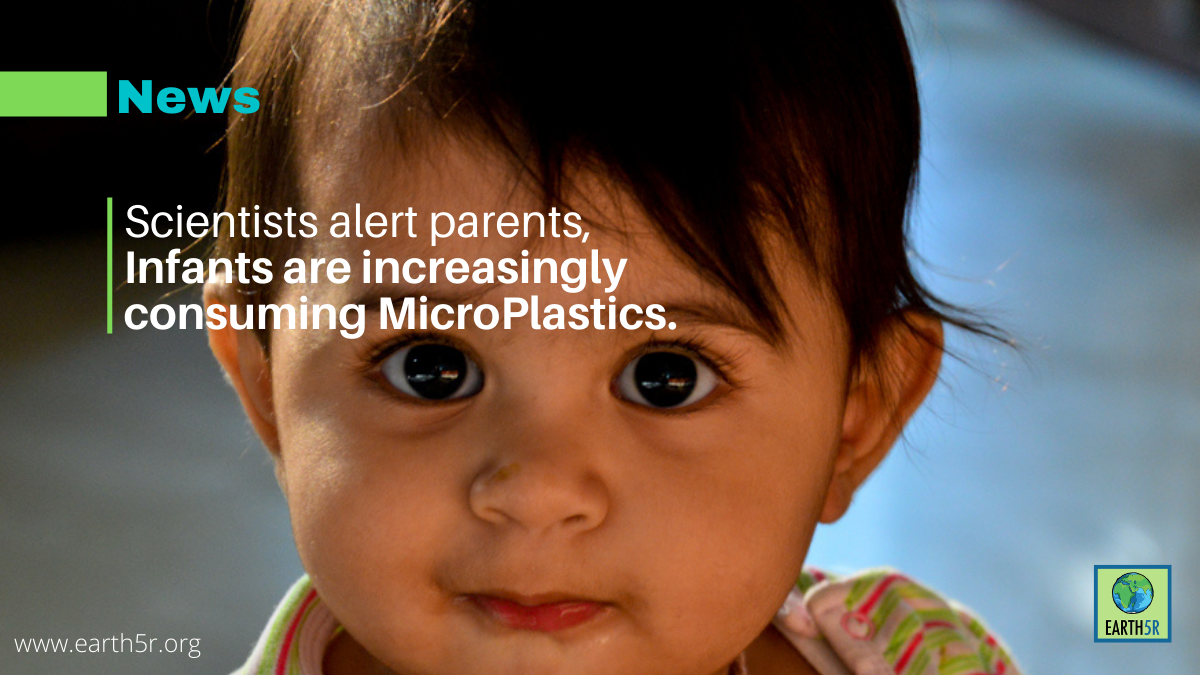 Human exposure to microplastics is a possible health concern, but little is known about its extent. Microplastics are tiny pieces of plastic less than five mm (0.2inches) in size.

Scientists believe that the way babies are consuming such high levels of micro-plastics through chew-toys like dummies and from crawling around on carpets that contain micro-plastics.

Another alarming concern was that milk bottles ingest micro-plastics, followed by plastics from micro fabrics that also affect infant health.

By analysing the faeces of six infants and 10 adults, and three newborns’ first stool, through a method called mass spectrometry, every sample had at least one type of micro-plastic in it.  Two common kinds of microplastics, polyethylene terephthalate (PET) and polycarbonate (PC) were studied. When comparing the baby samples to the adults, the researchers found at least 10 times as much micro plastic in Babies.