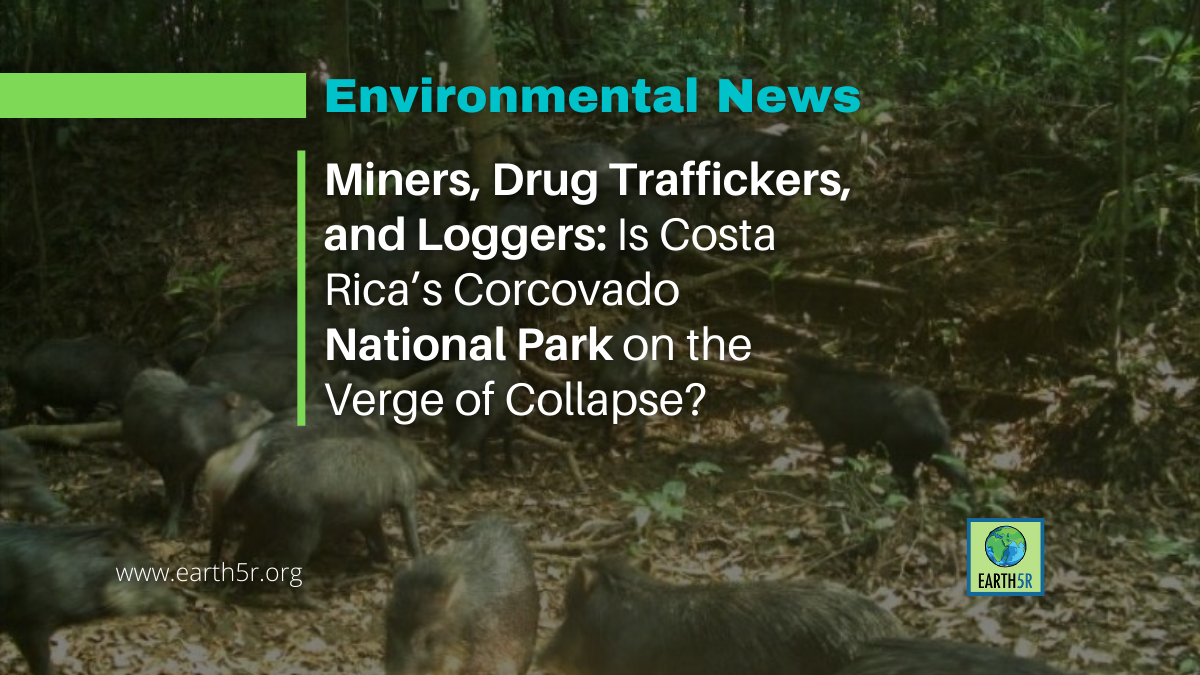 Miners, Drug Traffickers, and Loggers: Is Costa Rica’s Corcovado National Park on the Verge of Collapse?

News articles and opinion pieces have popped up in the pages of different Costa Rican newspapers over the past several years, warning of the imminent collapse of Corcovado National Park, one of the country’s most treasured protected areas. The park is in “agonizing” condition and “on a downward spiral,” some of the opinion pieces said. It’s “slowly dying.”

“In the case of Corcovado, if we don’t act quickly, the deterioration of wildlife populations could be irreversible in the medium term,” Eduardo Carrillo, a biologist at the National University of Costa Rica, wrote last year in the newspaper Semanario Universidad.

But other biologists, conservationists, and park officials have scratched their heads at these kinds of comments, saying they’re not just overblown but completely outside reality. The park, in their eyes, is doing well. There are certain issues that need to be addressed, but there’s nothing so grave as to warrant predictions of total collapse.

Can a Waste-to-energy Plant Address Pile ...

India has a Target of Increasing ...