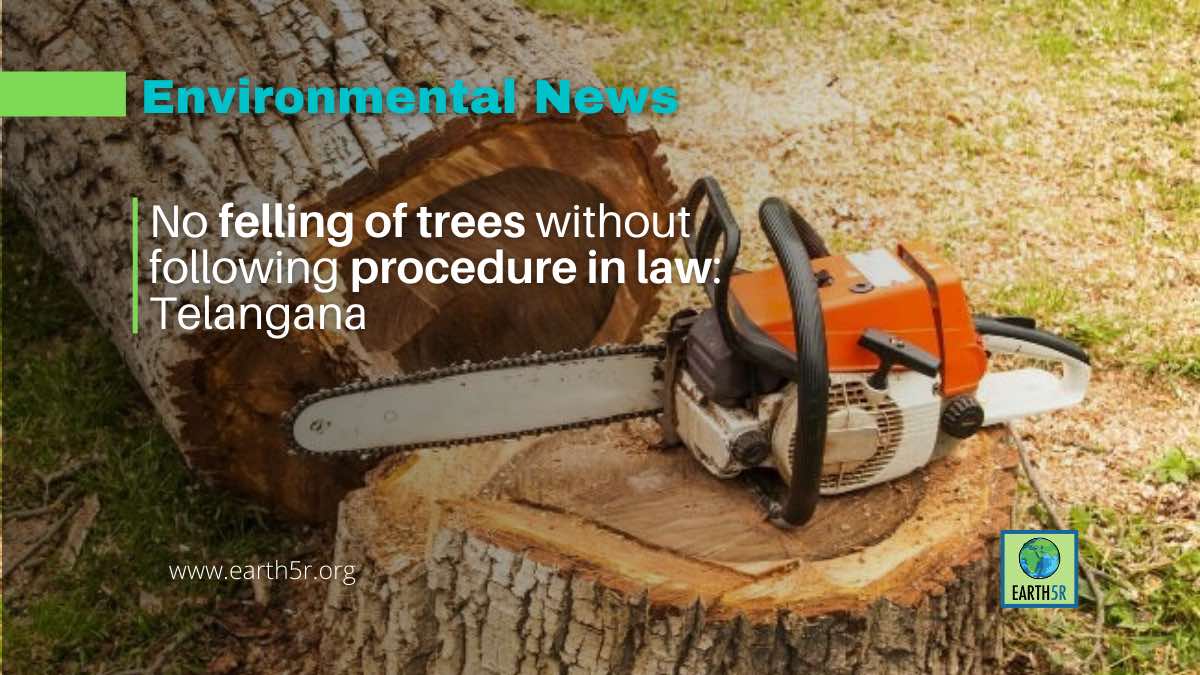 No felling of trees without following procedure in law: Telangana

A two-judge panel of the Telangana High Court on Monday directed the Director of Department of Language and Culture to ensure that, in future, no felling of trees/pruning of branches takes place without following the procedure prescribed in the law.

The panel was dealing with a PIL filed by W Siva Kumar. The petitioner challenged the action of the officials in cutting fully grown trees on the western side of the premises of Kala Bhavan, Ravindra Bharathi, Hyderabad as illegal and contrary to the provisions of the Telangana Water, Land and Trees Act, 2002 and Water, Land and Trees Rules, 2004.

Meanwhile, the Forest Department filed a counter stating that the department had issued a letter informing that some trees were obstructing the way in the campus. This apart, snakes were coming into the Kala Bhavan premises, which could endanger visitors. So, permission was sought for cutting the bushes and trees in the premises.

However, before any permission was granted, the Director proceeded to cut down the trees. The Forest Department also issued a warning to the Director. Considering the same, the panel closed the PIL and directed the official to ensure that in future, no felling of trees/pruning of branches takes places without following the procedure prescribed in the law.