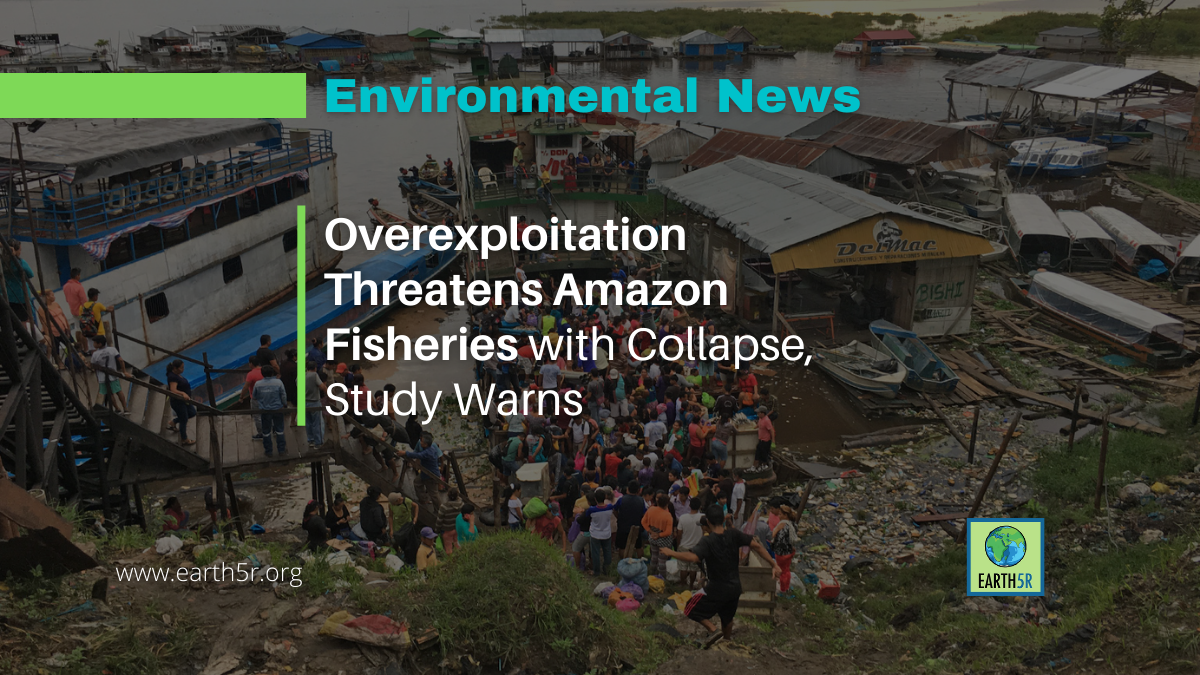 Fish are an essential part of the diet for most people living in the Amazon Rainforest. But overfishing is seriously threatening biodiversity and the ecosystem’s ability to feed people, according to the first large-scale pan-Amazonian survey of fisheries.

“Amazon fisheries are showing clear signs of overexploitation, and we see indications this is threatening sustainability,” Sebastian Heilpern, a presidential postdoctoral fellow at Cornell University and the study’s lead author, told Mongabay on a video call from New York.

Fishers coming into these ports are required to report the origin, amount and species of fish they catch. This information, known as landings data, is the only type of long-term data on fish from the Amazon, spanning the previous 12 to 34 years, depending on the city.

Landings data reveal that the average size of the fish brought to port has decreased over time, meaning that the larger species are declining and being replaced by smaller species in the fishers’ catch.