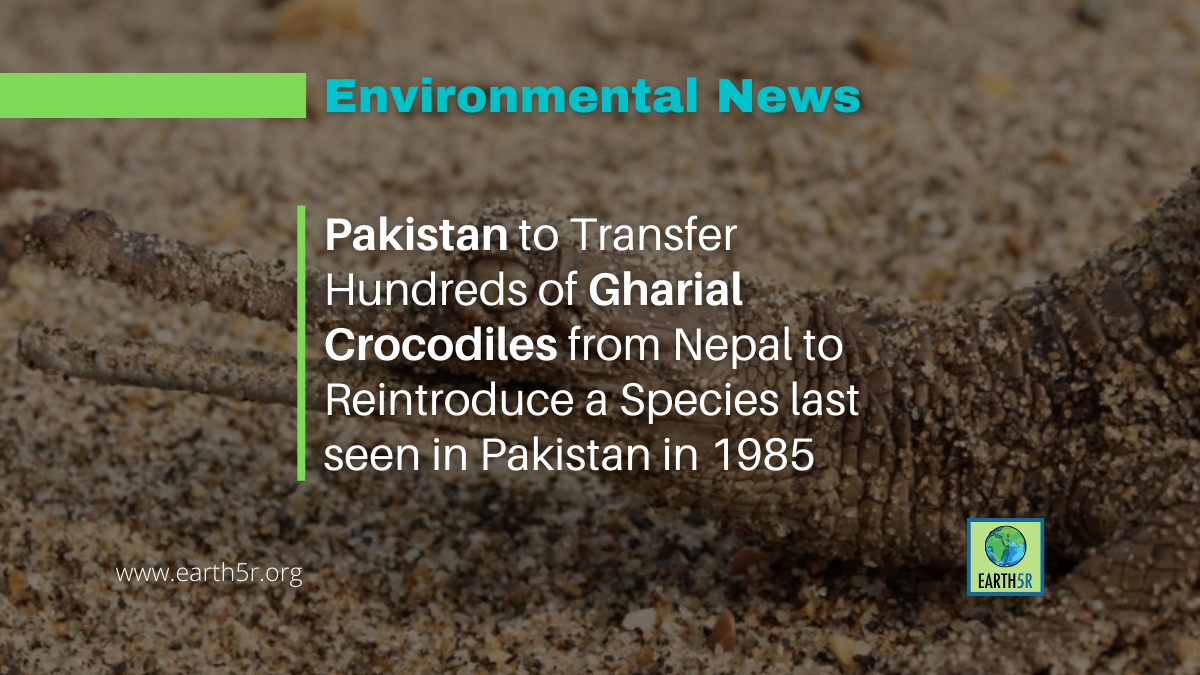 Pakistan is aiming for the return of an apex predator not seen in the country in nearly four decades: the gharial crocodile (Gavialis gangeticus).

According to the WWF program in Pakistan, the government there has asked Nepal, which has a long-running program raising the critically endangered reptiles in captivity, to provide hundreds of juvenile gharials for a planned reintroduction program.

Gharials, a fish-eating species with a distinctive slender snout, were once found in the Indus River in Pakistan and the Brahmaputra that runs through China, India, and Bangladesh. Today, the species is virtually extinct in countries other than Nepal and India, where it occurs in the Ganges River and its tributaries.

“The last time gharials were recorded in Pakistan was around 1985 in the Nara Canal,” a channel of the Indus, said Rab Nawaz, senior director of biodiversity at WWF-Pakistan. “Some reports were received from the same area after 2000, but despite surveys by WWF and the local wildlife department, there was no success in locating the species.”

While local support for gharial reintroduction is said to be high, Pakistan’s request to Nepal faces multiple obstacles, including funding shortages and concerns from Nepal that Pakistan may not have done enough to change the conditions that led to the gharial’s local extinction there.

Accelerating Rate of Groundwater Depletion in ...

Agroforestry is Not Only Helping Conserve ...