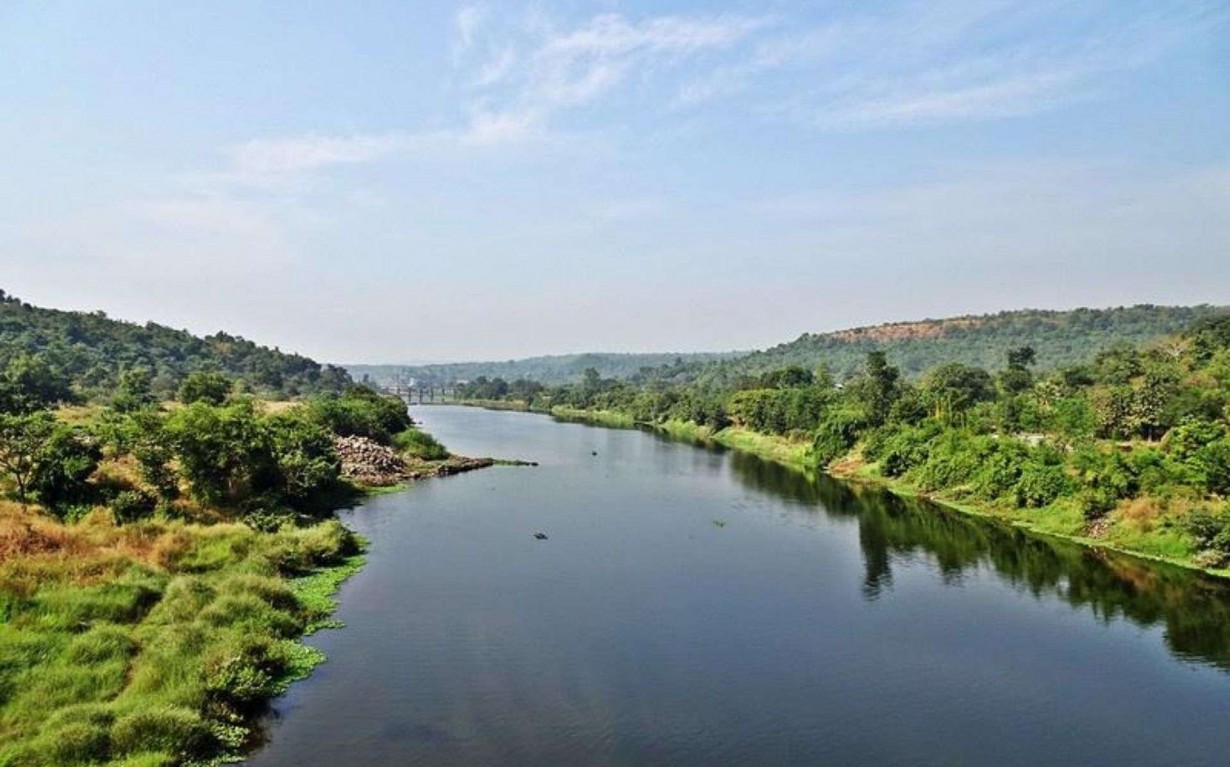 Patalganga River: Plight of the Pollution

Patalganga is among India’s 38 most polluted rivers, according to the Union Environment Ministry.

The Patalganga River originates in the Khandala portion of the Sahyadri scarp and it is formed by the tailrace water released from the Tata Hydro Power Station near Khopoli in Maharashtra, India.

In its meandering north-westward reach of about 25 miles, it flows through Khopoli city and ultimately joins the Arabian Sea at the Dharamtar creek. Several streams on either side drain the land that is highly eroded and marked by remnant hill features (remains of a hill).

Patalganga river is an important source of drinking water and industrial raw water for the nearby villages having a population of 71,141 and industries, respectively.

The river Patalganga which was a blessing, has become a bane due to water pollution.

Patalganga sub-basin and its tributaries have been receiving enormous amounts of discharges from treated and untreated sewage generated from various Municipal Corporations, Councils, and accidental or indirect discharge of industrial effluents of around 35.44 MLD.

The reasons for the pollution of the River are

Patalganga river is leading in terms of pollution. It is one of the most polluted rivers of Maharashtra, the source of pollution being from Patalganga Maharashtra Industrial Development Corporation (MIDC) which includes Rasayani (which means chemicals in Hindi/Marathi). Rasayani is nothing but a cluster of several chemical manufacturing and processing companies. It also includes India’s first Chemicals industry, Hindustan Organic Chemicals Ltd. (HOCL), which was established here in the 1960s.

As water pollution continues to rise, the water supply schemes are in jeopardy and there is a possibility of health problems for the citizens.

The combination of domestic sewage and industrial waste is responsible for the pollution, which is worsened by the population density of the region which is 2,358/km² as per 2011 census and the lack of sewage treatment facilities.

The problem became more serious due to the Tata Hydro Electric Power Station at Khopoli, which blocks the river flow to generate electricity for Mumbai.

In 2010, the flow in the river became slow to an extent where it was not even flushing away the effluents discharged by factories, turning it to an effluent drain.

Water quality of Patalganga River was observed at 14 locations and following results were found which shows that the river water is not suitable for drinking:

It is alleged that Khopoli municipality is responsible for the pollution of Patalganga river.

Locals from villages on the banks of Patalganga river complained about the water quality, diseases caused due to impure water, and poisoning caused after consuming fishes.

The death of fishes in the river is frequent due to the large amount of chemical effluents.

Biodiversity of the river is under serious threat due to the harmful chemicals originating from:

Industries have their effluents released after the Chawne dam (Bandhara, a small level built for water supply, was used until recently before construction of Hetawane dam).

Flooding during the rainy season results in the flushing of agricultural lands downstream with harmful chemicals which makes land unsuitable for cultivation. This also results in the crops being burnt due to highly acidic pH of the water.

Millions of liters of sewage are being discharged directly into the river from drains due to delay in the city’s underground sewerage scheme.

The Society for Clean Environment, a Mumbai-based NGO, conducted a survey of the area and estimated that more than 15 million litres of highly polluted effluents are discharged into the river everyday.

BY THE ADMINISTRATION AND LOCAL BODY

When the river started smelling, the locals became hostile and complained to the Pollution Control Board and the local administration. Inspection tours were carried out and water samples were collected. After which, no steps were taken by the authorities and the subject was cleared with temporary promises.

On January 23, 2019, the 3rd Meeting of River Rejuvenation Committee (RRC) reviewed and finalized draft action plans of polluted river stretches prepared by the MPCB. RRC also decided to call the local bodies and review the timelines proposed in action plans from time to time.

As per National Green Tribunal (NGT) orders during 2018, an action plan covering aspects like utilization of sewage, groundwater recharge or rain water harvesting,  setting up of biodiversity parks , plantation on both sides of river,  etc. was proposed.

On the basis of this, RRC requested the Water Resource Department, Government of Maharashtra (GoM) to provide:

All this responsibility is given to Khopoli and Khalapur Municipal Council, Grampanchayat and Zilha Parishad which was supposed to take a duration of approximately 2 years for its implementation to improve Water Quality for Patalganga River.

ADMINISTRATION AND THEIR ACTION

Over the years the people have raised their voices for the river and the community.

Though the MPCB claims that all the industrial units in the area are pollution free, the river still looks ‘faint green‘ in colour. The MPCB continues to ignore the villagers’ protest which safeguards the industrialists.

The protest and demand for better maintenance of the river didn’t stop there:

The main causes of deterioration in water quality of Patalganga River is due to high interference of anthropogenic activities, lack of proper sanitation, and industrial and domestic wastewater inflow.

Improving the water quality in the Patalganga River is possible, but requires interventions in domestic, municipal and industrial sectors. River pollution can be controlled by considering multiple options such as:

“A specific management plan involving all stakeholders will help improve and maintain the river water quality.”

The UK Plans to Improve Environmental ...