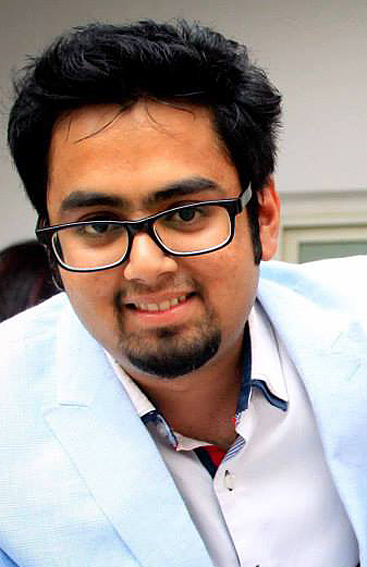 After completing his Bachelors, he decided to join Greenpeace Pune as a fundraiser. During his brief stint at Greenpeace, he learnt about various environmental issues that we are facing at present.

He is currently serving as a Design critic for an upcoming Android app. He also works as a freelance architect.

Sanchit strongly believes in 5 R’s of Earth5R advocates creative refurbishment of daily use materials. During his semester internship, he went to Munich, Germany to learn more about practical execution in architectural design. He extensively travelled there, to neighbouring countries such as Austria, Czech Republic, Italy, Switzerland, France and Netherlands.

Inspired by the level of hygiene and organisation there, he decided to strongly advocate personal and community hygiene. In fact, occasionally you can find chocolate and biscuit wrappers in his back pocket, because he won’t throw them until he finds a trash bin. And he won’t let you throw either! He is convinced by the philosophy that simple lifestyle changes such as walking to get groceries or by replacing incandescent bulbs with LED/CFL, everyone can do a great deal to save the environment.

According to him, Earth5R is a perfect initiative to work for the environment at a grass-root level. Especially in a country where most people have no vague idea about what ‘carbon footprint ’ means, such initiatives are very much essential and required. He believes that the only way to sustain Earth’s health and sustainability is by teaching and telling people, the means and ways of doing it.

Sanchit can be reached at sanchit.soni@earth5r.com