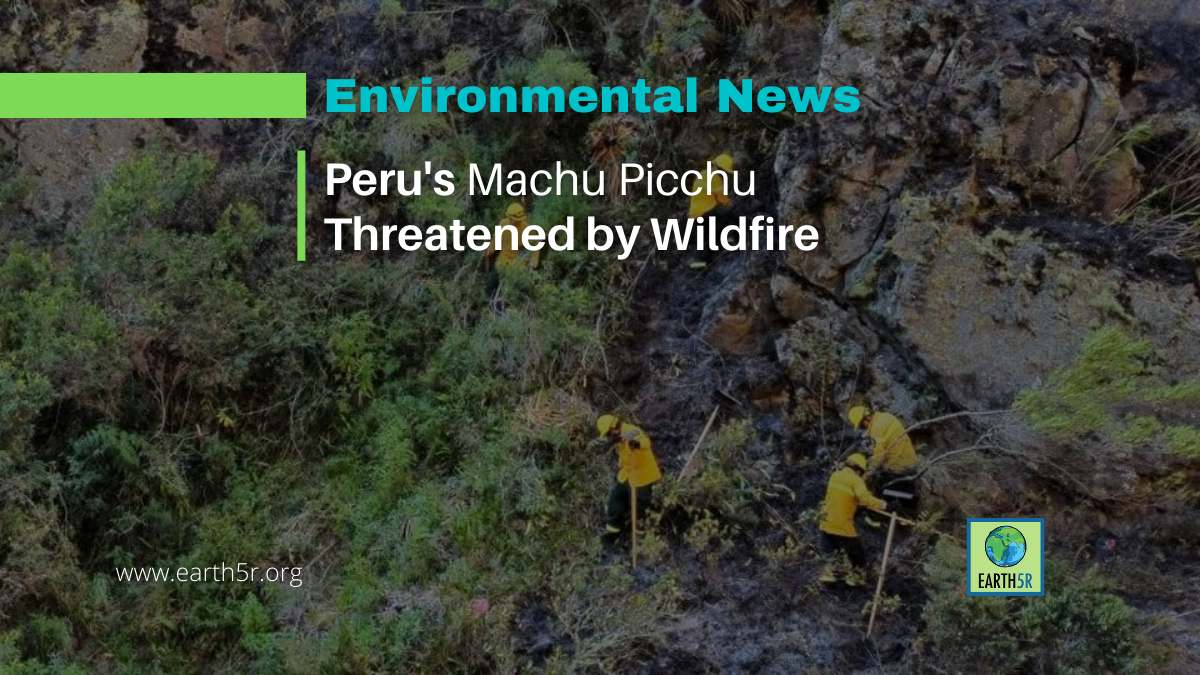 Peruvian firefighters were fighting to contain a forest fire near the Incan ruins of Machu Picchu on Thursday, as the blaze threatened to close in on the ancient city high in the Andean mountains.

The fire, which had engulfed an area about half the size of Vatican City, was started on Tuesday by farmers burning grass and debris to prepare to sow new crops.

As of Wednesday, about 20 hectares (49 acres) had been affected by the fire, the mayor of the nearby city of Cusco said.

Machu Picchu, a complex of stone structures sitting atop a mountain, was built more than 500 years ago by the Incas, whose empire controlled large swaths of South America from what today is southern Ecuador to central Chile.

‘Girls’ Education is a Climate Solution’: ...