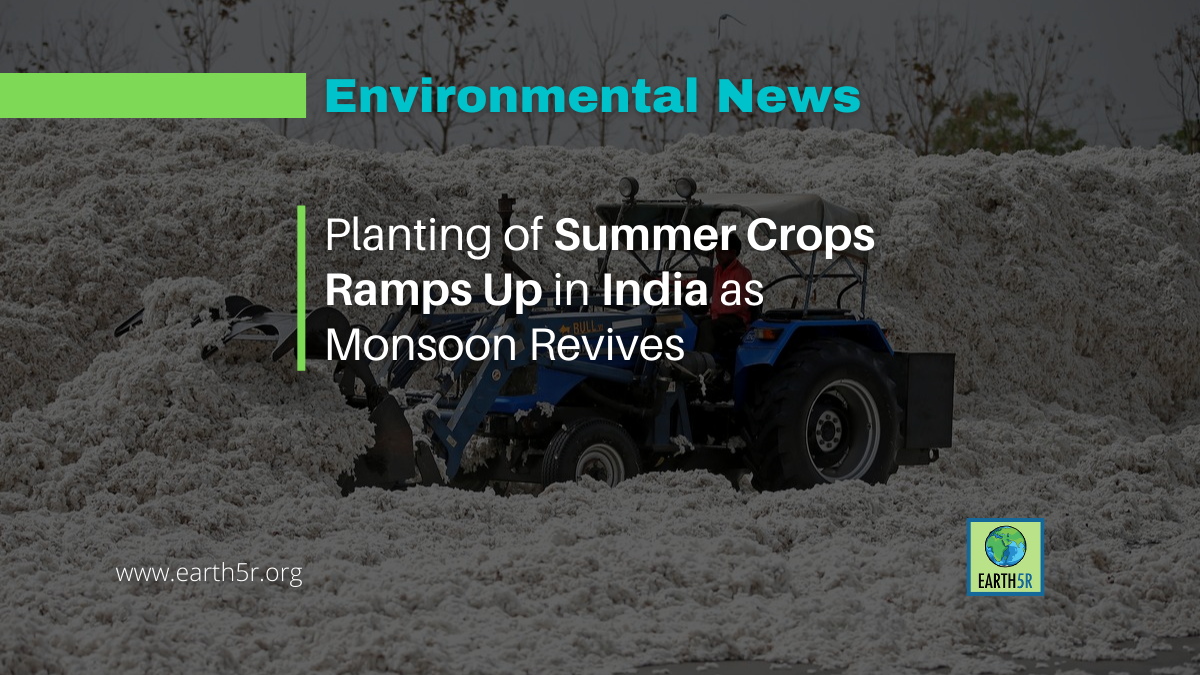 Planting of Summer Crops Ramps Up in India as Monsoon Revives

Ample monsoon rain in the first half of July accelerated planting of main summer-sown crops such as soybean, cotton and pulses in India, although rice planting is still lagging behind due to scant rainfall in northern states.

Farmers planted summer-sown crops on 59.2 million hectares, as of July 15, slightly higher than 59.1 million hectares a year ago, according to the Ministry of Agriculture & Farmers’ Welfare. Crop sowing was down 9.3% until last week.

The planting of summer-sown crops takes place in the monsoon months of June and July, while harvesting starts in October.

Except North India, most parts of the country have received above-normal rainfall so far this month, and that has accelerated planting, said a Mumbai-based dealer with a global trading house.

India has received 13% more rainfall than normal since the start of monsoon season on June 1, but some rice-growing states such as West Bengal, Uttar Pradesh and Bihar have received below-normal monsoons, the weather department data showed.

As Temperatures Rise, Singapore Races to ...

Fish on Drugs: Cocktail of Medications ...