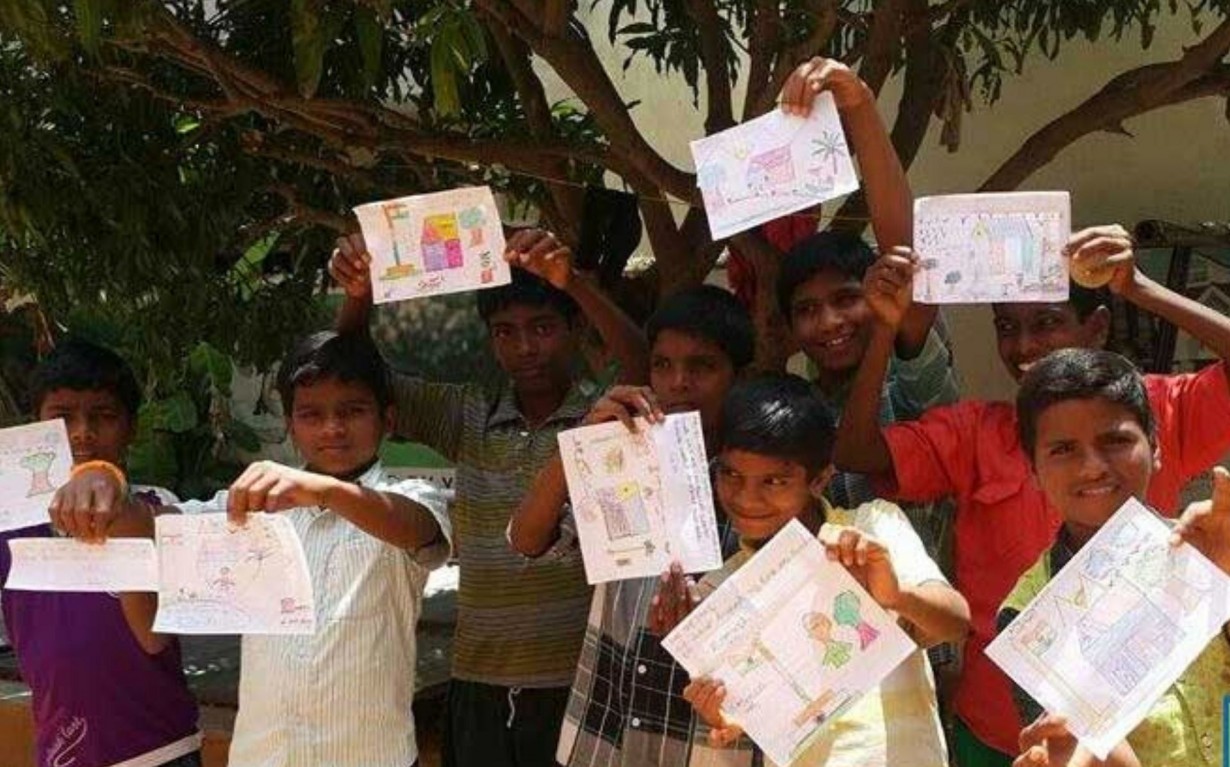 On 15th August 2015, the Bangalore Earth5R team members: Akshay Raj, Nayanika Majumdar, Ayesha Mehrotra and Akhil Menon decided to spend a day with the children of Home of Hope Orphanage in Bangalore discussing our environment and its issues.

The team distributed used sheets of paper and the boys used it to make something creative. They also used an old medium sized pipe to make a ‘Name Flag’, where the boys put a fingerprint next to their names. They also  planted a sapling that one of the team members had gifted them. They planted the sapling in their backyard and also planted the Name Flag along with it. They said it would remind them to take care of it and water it.

They also used plastic bottles and filled it with sand to plant their Indian flags as a showpiece for their room. The team members also enjoyed a game of cricket with the boys and an interactive session about the environment was also encouraged. It was amazing to know that they were well aware of their surroundings, they also pledged to recycle whatever old items they found.

The workshop with them set a foundation for future activities, it was two hours intensively dedicated to the environment.

Importance of Environmental Education in Thailand

A Spate of Wildfires Scorched about ...