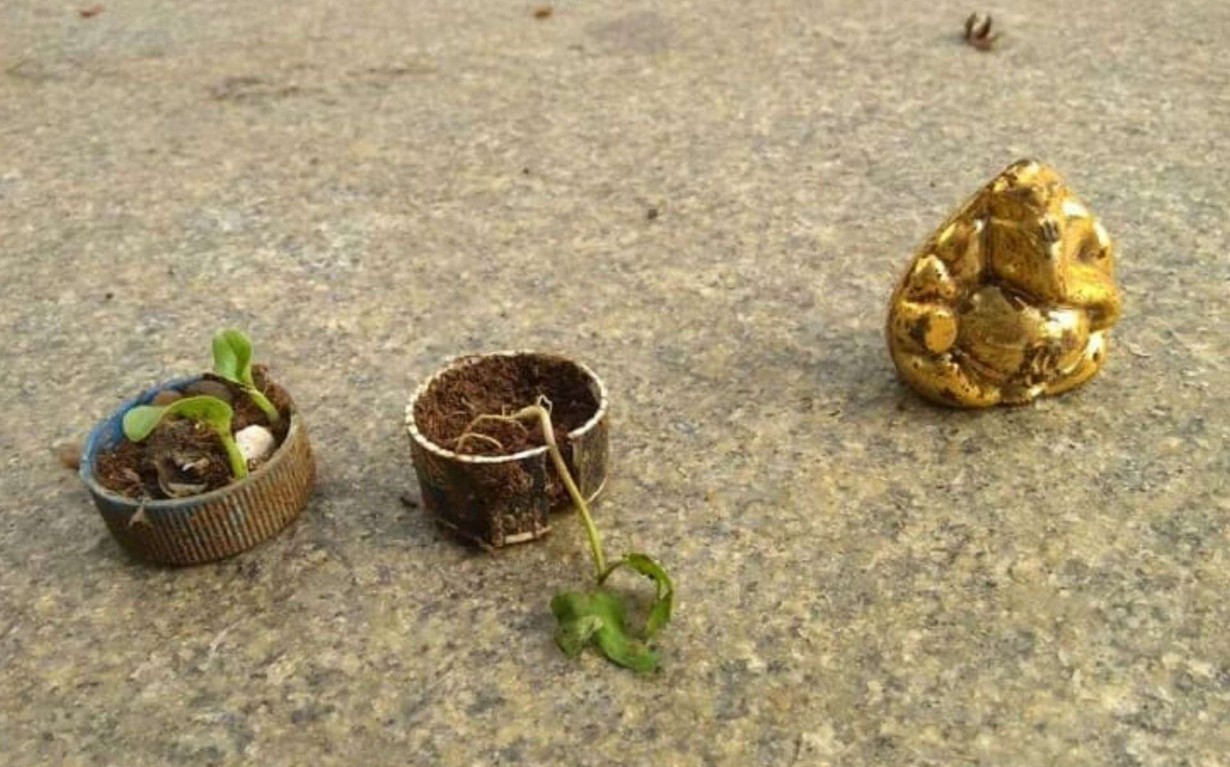 Religious Waste Near Powai Lake – Why Does it Matter?

At each Powai Lake cleanup drive, the team discovers new sources of pollution. Last weekend, the team found an abundance of religious waste on the banks of the lake. Not to mention, a great amount of plastic was floating on top of the lake as well.

While the various types of trash continue to shock the team, it also raises questions about how this issue can be prevented.

It’s just religious waste, what is the problem?

India is a country of great faith and full of religions. Although, with religions comes ceremonies and offerings in which religious waste is left behind. This can be seen in the images above of the religious paintings and earthen pots. Largely, this waste is nonbiodegradable and it contains plastics

It may not seem like a big deal to leave behind a few things after one event. However, this has been happening for many years, and not just at Powai Lake. The ecosystem is starting to feel that harsh conditions that we have pressed on it for years. It also may seem harmless to dispose of garbage on land, far away from the lake where no fish or bird could ingest it. On the contrary, this is still just as dangerous. The waste that gets dumped on the streets ultimately gets washed away by the rain. This waste follows the runoff water where it winds up in a river or lake and ultimately ends up in the ocean. Therefore, littering anywhere hurts the ocean.

This doesn’t just go for religious waste but remains true for all types of garbage. It also doesn’t just go for India, but most Southeast Asian Countries. It was found that 86% of the plastics that are released into the ocean from rivers come from Asia. This because garbage trucks are constantly unloading into the ocean, but rather people are dumping wrappers and bottles on the ground, unaware of the damage it does.

Asia is NOT the biggest Producer of Waste

Despite common beliefs, Asia does not produce the most amount of waste in the world. OECD countries can be accounted for 44% of the world’s solid municipal waste.

It all leads back to the waste collection and management issue in Southeast Asia. A report to the UN conference from the Thailand government says most marine plastic debris is land-based, caused by inefficient waste management and poor handling of plastic wastes.

Over 90% of waste in India is believed to be dumped in an unsatisfactory manner, as landfills are filling up. With the lack of resources for people to dispose of their waste, the more and more waste that is ending up in the oceans.

Is there hope for the future?

Current reports say that in 2050, there is expected to be more plastics in the oceans than fish. This is a scary thought that no one wants to turn into a reality. Therefore, all the countries in Southeast Asia need to work together to create municipal waste collection plan to prevent further plastic from being released into the ocean.

Citizens can also help by restoring their local ecosystems, such as Powai Lake. Every small action can help make a difference.

Notice the earthen pot near his foot.

A shocking view above Powai Lake, near IIT Bombay.

These photos are from the cleanup drive at Powai Lake that Earth5R conducted on June 10, 2018. Earth5R is a Mumbai based environmental organization that works with local NGOs to help create sustainable neighborhoods. The Powai Lake cleanup is part of Earth5R’s project “ACT Powai” which focuses on achieving each of the United Nation’s sustainable development goals.

EarthTalk on Waste Management for School ...