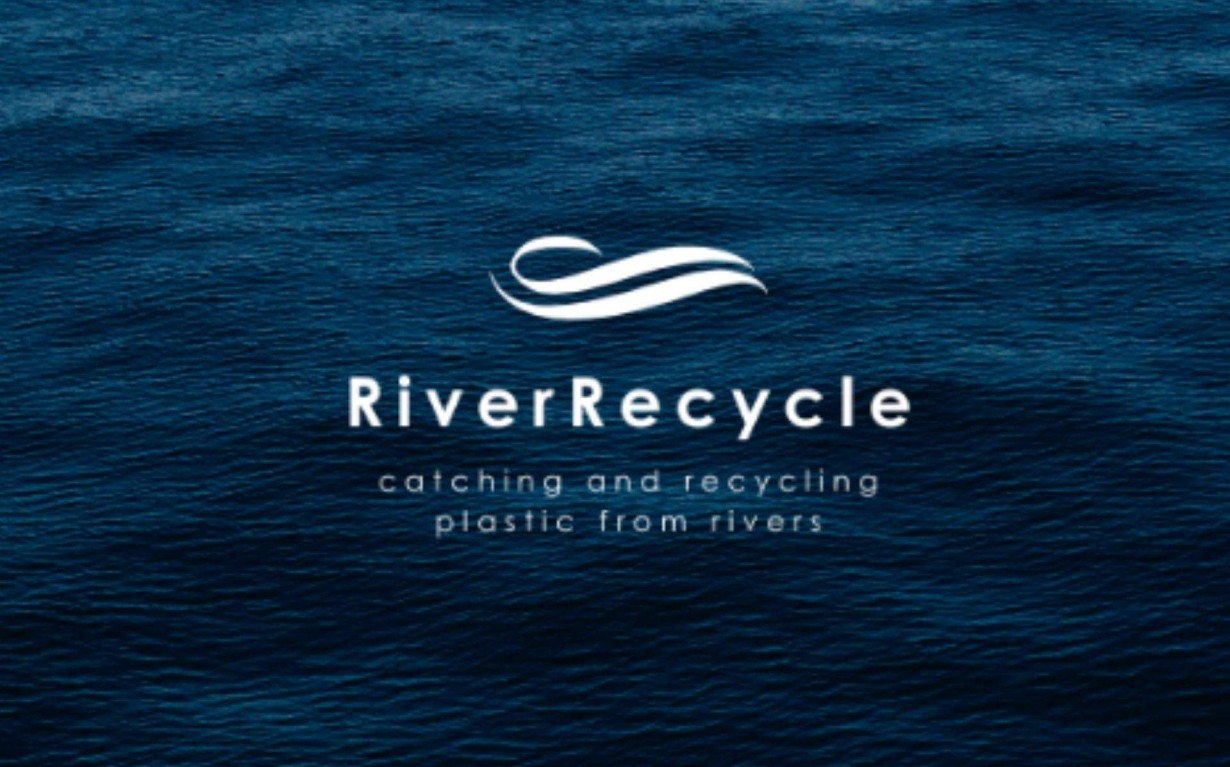 Did you know that just ten river systems carry 90% of the plastic that ends up in the ocean?

Earth5R, in partnership with United Nations Technology Innovation Labs (UNTIL), Huhtamäki Oyj, VTT Technical Research Centre of Finland, and RiverRecycle Oy is cleaning up the Mithi River in Mumbai with innovative tools while raising conscious awareness on waste management with a circular economy and livelihood based model.

Shafa Azzahra from Earth5R had an opportunity to interview Anssi Mikola, the founder of RiverRecycle, to find out more about this amazing company and the work they are doing.

RiverRecycle Oy is a Finnish innovative start-up that has created a unique circular economy business model that helps clean the world’s rivers. The technology will be able to intercept and collect floating plastic waste before it drifts into the ocean after which, the plastic waste will then be recycled or processed into oil  using pyrolysis technology. Not only will this process clean the environment, but it will also develop a valuable resource and provide self-sustaining local jobs.

Read the interview below!

What is the story behind River Recycle, how and when did it start?

It started on the 1st of June, 2018. I have this, self-diagnosed, “condition” called the ‘Bubbling Mind Syndrome’ which means that whenever there’s free time for my brain, it starts looking for a solution to the last problem that I’ve seen. At that time, I had just read about plastic in the ocean and how it came from the rivers. I woke up at 2.30 AM on the 1st of June 2018 having  invented the machine that can clean the river without taking external power.

I called Vietnam, Philippines, Indonesia, and asked if they’d be interested in getting their rivers cleaned, and the answer was a screaming “no, not in my backyard!”.

Pretty soon, we were pivoting from ‘River Cleaning solution’ into being ‘River Cleaning As A Free Service -solution’. It turned into making money out of it because unlike Mumbai, many other cities are not particularly fond of putting money into cleaning the river. That’s how we turned into a circular economy-based company.

What is your goal for RiverRecycle?

We started “quite modestly”, aiming for 500 collectors around the 39 of the world’s most polluted rivers which of course is a truly audacious goal. By establishing 500 collection and recycling points we will be able to have about 3 million tonnes of plastic caught from the rivers, which leads to 20-30 million tonnes of processed plastics as the river alone is not a sufficient pyrolysis feedstock for monetizing.

Could you tell us more about the social impact of your projects and how RiverRecycle helps build sustainable livelihoods?

What we do is that we set up a circular economy there (for the locals). Once the debris is lifted and put on a conveyor belt, it is not so much of a rag-picking but rather an organized collection point that then creates business in the sorting.

Once we turn the plastic into oil by pyrolysis, we will also be able to sell it abroad which means export income. We are looking into establishing a 1 billion dollar annual turnover for the entire industry, of which the majority will be staying in the target countries as most of the work is done there.

What is your game-plan for cleaning any river?

Go to the city at the river mouth and ask if they feel that they have a problem with waste. Not just river waste, but waste altogether because, when you undertake pyrolysis, the amount of waste that is going into the landfill will be reduced.

If they do feel that they have a problem that requires a solution, then we get the funding from CSR, soft loans, or donations.

We are basically cleaning the river and saving the ocean even though the money will eventually go to waste processing. So, that way, we can please all the parties. The donors and financiers of the world are happy because somebody is trying to loan money and has the means of paying it back, the city gets further machinery for recycling the waste without having to pay for it, and the river gets cleaned.

Tell us more about the technology used for the River clean-up, do you have to customize the machines and the plans depending on the river and the type of pollution observed?

To an extent yes, we are basically pouring from 30 years of experience from cleaning up oil from the waterways, the ocean and the rivers. Now we are modifying that to fit solid waste.

Each river is slightly different. We don’t just have a single technology. What Lamor, our prime technology provider and shareholder, does is not really building one particular machine that solves the problem. It’s more like taking modular parts to build a system. Be it the boom, be it some kind of concentrator that reflects the waste, or be it how you’re lifting it up by using a barge.

So it’s modular, but it’s modified and customized for every river.

What challenges has/does your team usually face while planning/working on a project?

The permits. If there’s no perceived problem, it’s awfully hard to solve the problems the customer doesn’t see. So, if you can find a person that sees the problem then usually things work out.

To summarize, this is kind of like the puzzle of the chicken and the egg. You can’t develop a project and get the interest of the people on ground before you have the money. But the money doesn’t come unless you have a project.

So, you need to build a puzzle where everything coincides at the same time, which means you end up keeping up quite a few negotiations on both funding and the projects. When you finally have a situation with a ready project and funding, then you can move.

How does plastic monitoring (sorting) of various grades of plastics and mixed-plastics work?

The sorting is currently manual, we’re expecting to employ quite a few people. In reality, what we’re helping with is that we collect the waste on the conveyor belt so instead of rag-picking under the excavator, the people can do it standing up or sitting down.

We have looked at advanced separation machinery but it’s pretty expensive and I see a fear of destroying ragpickers’ livelihood. If you collect everything in big trucks and pour it out to a machine everything will be nicely sorted but I don’t see this as a primary solution in the countries where we’re working.

Do you also collect the waste from the riverbed?

At the moment, we’re not collecting from the riverbed. The river cleaning machinery part is the last-stop for the plastic before it can enter the ocean.

But there are alternate plastic trash which could be used for pyrolysis. I found that along the riverbanks, in general, you do see illegal dumping. It’s quite visible as it’s a huge pile of trash! So, we see that as a location where the segregation and collection point could be put.

For example, instead of people dumping the trash in the river and along the banks, if they were to throw it into a barge (collection point) pretty soon it would be full of LDPE and soft packaging plastic which would be ready for pyrolysis.

You are currently doing a project to clean up Citarum River in Indonesia which is dubbed as the world’s most polluted river, tell us more about it, and what are your expectations?

We’re hoping to collect all the trash from a single point and find a place where we can carry out pyrolysis so that we will be able to show that the system works and thereby having a proof of concept of the entire solution where the money we can make is actually  enough to pay for the clean-up.

The project is funded for 3 years so, during that time, we expect to have a commercially viable operation on a permanent basis.

RiverRecycle is also in partnership with Earth5R and UNTIL to clean up Mithi River in Mumbai, India. How does the project differ from the Indonesian project and what do you think about Earth5R part in incorporating sustainable livelihood for the community?

On the surface, they don’t differ very much. There is community engagement, the actual river cleaning, monitoring, and measuring part.

What I found best from Earth5R is the community collection and segregating part where you are already collecting waste from the riversides. Getting those waste to work as an alternative feedstock for pyrolysis seems very interesting.

Another big thing about Mumbai at the moment is that there are places where we can try pyrolysis at an existing plant so we don’t need to set up a plant of our own which allows us to create a proof of concept by using existing infrastructure.

Mumbai is also great because it’s a lot bigger, so if it works, we should be able to grow to a much bigger scale. It’s kind of a funny thing where nobody wants to put a lot of money in developing the concept but when the concept is ready people would prefer to put in 100 million rather than 1 million. So, the better you can plan what you’re gonna do next with the next 50 million, the more interesting the proof of concept will be.

If we can manage with Earth5R to set up the segregation, which will become the feedstock, then I’m sure we can find an extra 10-15 million to put up more pyrolysis plants around Mumbai.

What’s next for Riverrecycle, are there any plans of scaling your model to other water bodies like lakes or even the oceans?

We don’t currently have that in mind, as we are realistic that it’s going to take “more than a year” before we have 500 river collection points. So let’s do those first because it’s the lowest hanging fruits that are the biggest source of the problem.

The rivers, there are so many communities throwing the trash into the river and it ends up in the ocean and the ocean is a hideous place for plastic. The great pacific garbage patch, when you think of it, is about as far away as anywhere in the world so collecting and trying to transport (the plastic) from there is really, really hard. Our prime target is probably going to be the rivers up until the point where we say we got all the rivers.

For us it’s about building the funding base in order to replicate the proof of concept as fast as possible.

River Recycle is in partnership with LAMOR, the global leader in oil spill response and recovery who will be manufacturing the technology for the river clean-up project.

This initiative is a huge step to a cleaner river and combating plastic waste!

Impacts of Tourism on Rivers

How to Achieve Sustainable Development Goals: ...