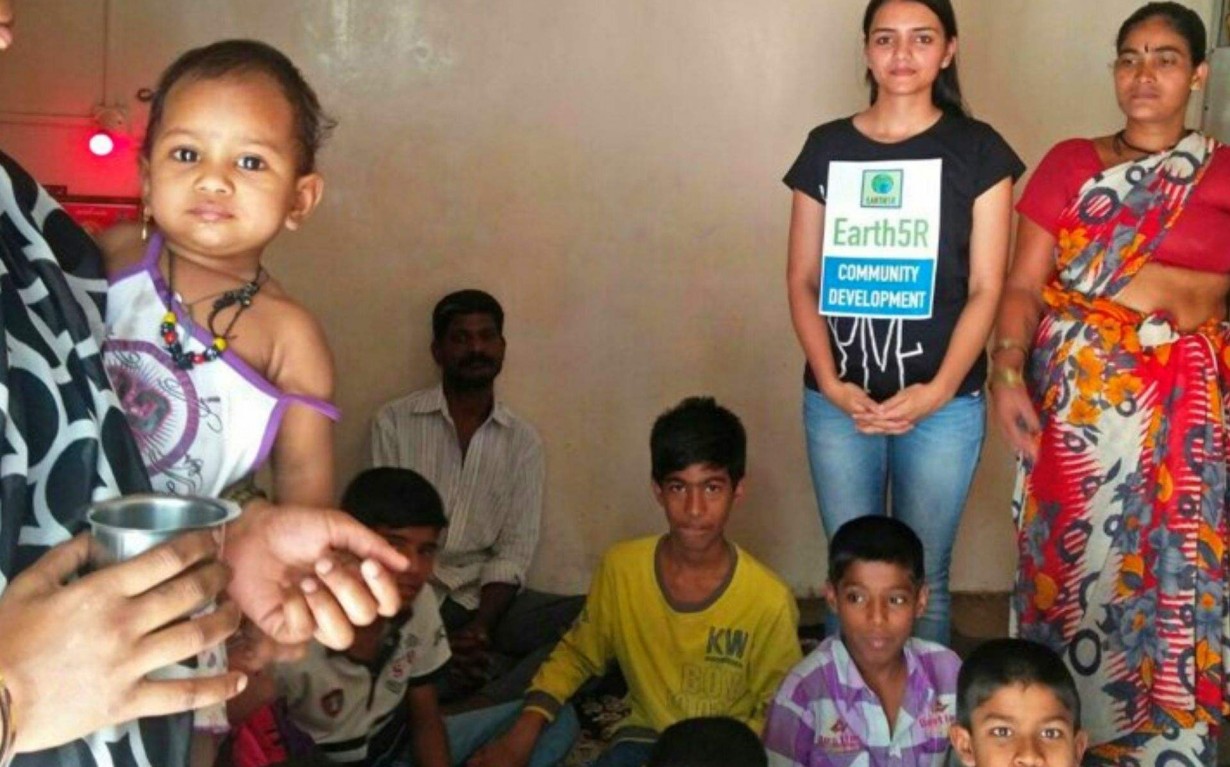 Social entrepreneurship implies undertaking business ideas and innovations to find solutions to social, cultural and environmental problems. This concept is very relevant in the present context with poverty and environmental degradation on the rise. It has the power to uplift the poor.

As a part of this activity, she visited an area in Pune called Warje which had about 15-20 houses. Here she spoke to the residents, mostly women and children, educating them about social entrepreneurship and environmental issues. On being asked their source of income, she came to know that they earned their livelihoods mostly through temporary jobs that did not pay them well. However, it seemed to them that there was no alternative as it is mandatory to earn and fill one’s stomach.

Sonam enlightened the women about what products they could manufacture easily and domestically. The crowd was happily surprised on getting the knowledge that they could increase their income along with contributing to the environment. They were also keen to know how to effectively finance the resources needed to produce the goods. Sonam promised them that she would teach them how to make the products on her next visit.

She also taught them how managing finances would be more effective if they held bank accounts. Coming to environmental awareness, she let them know the harmful effects of burning wood and plastic. It is not only bad for the environment, but also for their health. On telling them that paper should be used wisely and that it is made from wood, most were astonished. Not having known this fact before, Sonam taught them a valuable thing. She spoke to them about the harmful impact of asbestos roofing too.

Dual Threat of Drought-like Conditions and ...