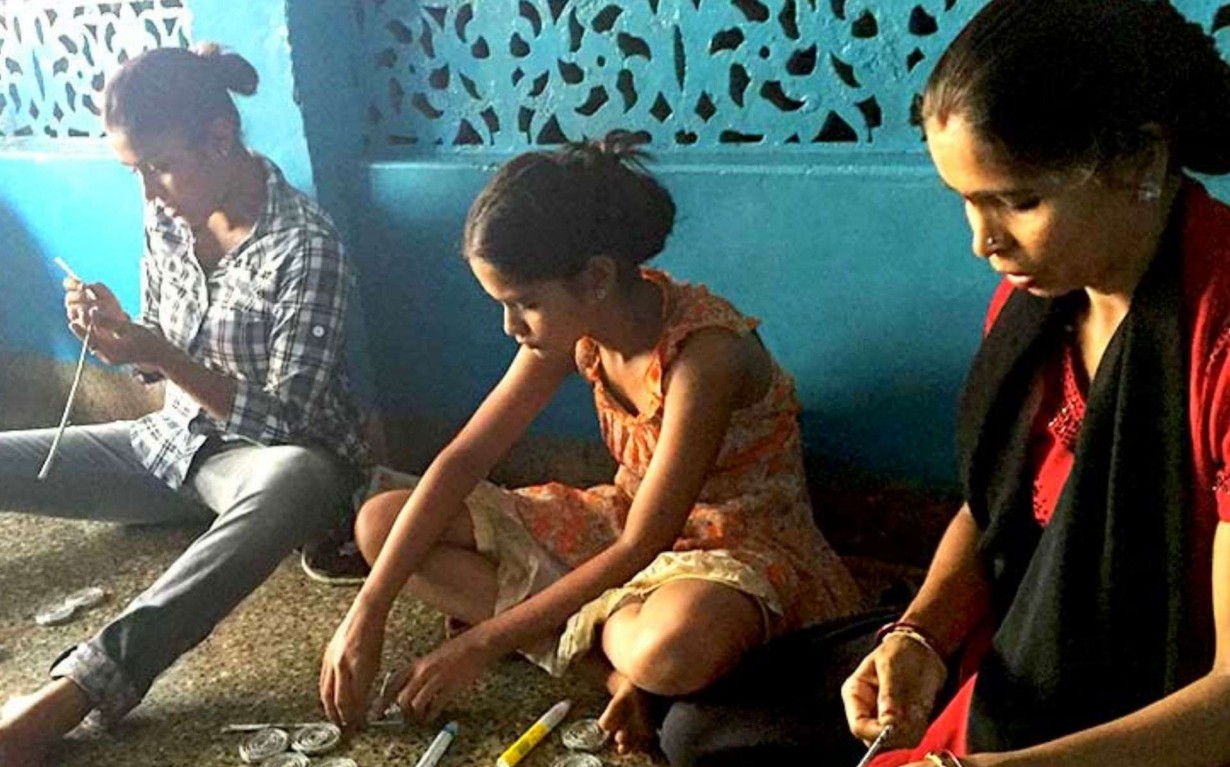 From the 15th of May, Aishwarya Shah, an Earth5R intern from Pune, has been conducting social entrepreneurship and upcycling workshop for Earth5R in the Bardez district of Goa with the aid of Mayura Ashok. Getting the Goa project started was difficult as this is not Aishwarya’s city of residence. However, in order to  experience working away from home and outside of her comfort zone, she picked Goa. Goa does not function like other states wherein there is little coordination between the State and social development NGOs.

In Goa, there is a network of social development clubs in charge of each district. These clubs are held with high regards within the local community. When an external organization wants to gain access to the local communities, it can be extremely hard to do so successfully without the help of the clubs. She was unaware of this system and attempted to penetrate the community on my own, she achieved very little. She followed the links and kept researching and established connections who helped her reach the head of the Anjuna Cultural and Sports Club.

The head of this Club helped her a great deal. He helped bring women and children from local communities together so she could give them presentations. This received a positive response, so they decided to conduct workshops for them in his front yard. The community members trusted him and were willing to sacrifice a couple of hours every day to what our organization had to offer, owing to the legitimacy we had gained in their eyes through this club.

They started off with about 15 women in the village of Chapora. The workshop was tailored to meet the requirements of sustainable development. Thus, they were using waste material like newspapers, plastic bottles etc to make innovative products with a saleable quality market. This would ease the pressure of the fishing industry which shared the bulk of Goa’s economy, along with Tourism.

Most of these women did not work and were initially not eager to work either. They led fairly comfortable lives and were unable to see the future repercussions of their traditional lifestyles. The hardest part was to stir their interest and make them look at the training from the point of view of social entrepreneurship as opposed to hobby.

Ankita Naik, an undergrad student, studying to be a teacher was in love with the concept and had plans to implement it in school when she became a teacher. She understood the importance of sustainable development and was able to pull in the women with her.

Over a period of two weeks, the women of Chapora became skilled in making a variety of items out of newspaper, cloth and plastic bottles. They were bringing their daughters and sons to the workshops with them. They began using their own creativity and built up on the basic products, something that was extremely heartening to watch. Though the response received initially was slow, they appreciated the work they did for them and were keen to perform the activities.

What does India Need to Meet ...